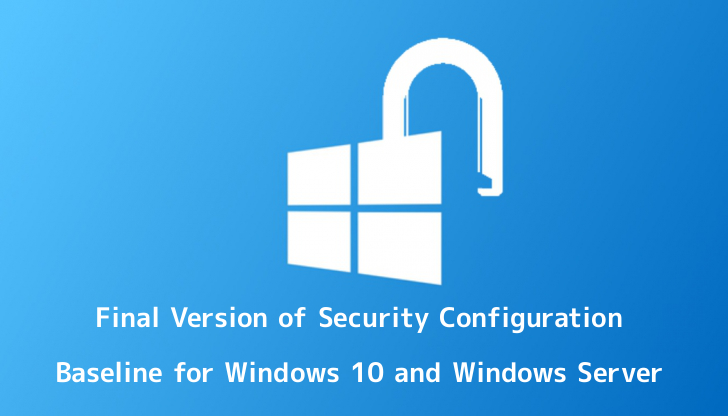 Microsoft enables various controls to Windows users by providing multiple configuration capabilities since the organization needs to implement control over their security configurations.

A security baseline is a group of Microsoft-recommended configuration settings that explains their security impact. These settings are based on feedback from Microsoft security engineering teams, product groups, partners, and customers.

Microsoft defined over 3,000 Group Policy settings for Windows 10, which does not include over 1,800 Internet Explorer 11 settings. Of these 4,800 settings, only some are security-related.

We can say that the implementation of shutting down the password expiration policy for Windows considering as one of the significant changes in this final security Configuration Baseline Settings for Windows 10. Read here why its shut down.

Microsoft also dropping the enforced disabling of the built-in Administrator and Guest accounts.

According to Microsoft, To keep baselines useful and manageable, we tend to enforce secure defaults for policy settings only when,
1) non-administrative users could otherwise override those defaults, or 2) misinformed administrators are otherwise likely to make poor choices about the setting. Neither of those conditions are true regarding enforcing the default disabling of the Administrator and Guest accounts.

The built-in Guest account -The Guest account (RID -501) is disabled by default on Windows 10 and Windows Server. Only an administrator can enable the Guest account, and an admin would presumably do so only for a valid reason such as for a kiosk system.