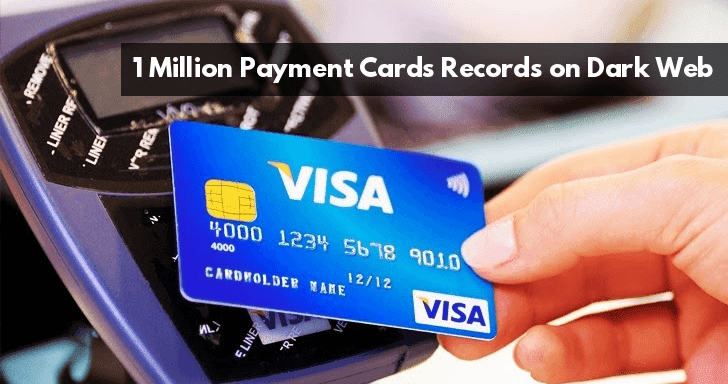 Over 1 million payment card records that stolen from south Korea sold on the dark web market for the past few months and the price fixed approximately $24.

Cybercriminals posted the stolen records in Dark web since May 2019, and these stolen payment card data have been obtained from breach of a parent company that operates several different businesses.

Stolen data’s are South Korean-issued CP records, and the data believed to be leaked from point-of-sale (POS) integrator breach, where attackers possibly stole many merchants data.

According to Gemini advisory research, This spike currently consists of over 1 million compromised South Korea-issued CP records posted for sale in the dark web since May 29, 2019.

“Among these records, 3.7% of card records issued by the US. One of the most affected US financial institutions was a credit union that primarily serves the US Air Force; the Air Force maintains multiple air bases in South Korea.”

Card records posted on the dark web mostly belong to US cardholders since 1 million U.S visitors had been visited South Korea in the past 12 months.

Cybercriminals charging $40 for single payment card data and the price is higher than the median price of South Korean CP records across the dark web overall, which is approximately $24 in last year.

Eventually, The threat actor would then have access to payment data from multiple sources, accounting for the lack of a common merchant among the compromised payment card.

you can read the 10 Important Components of PCI Compliance Checklist for Protecting the Customers Payment Card Data.