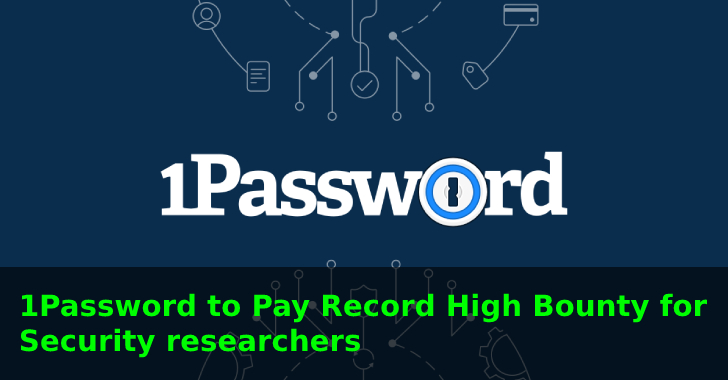 1Password is a password management software used by several Information Technology related companies for easing their login. The software handles several usernames and passwords based upon the websites that the customers choose.

Though many browsers introduced the “Save this Password” option, many users prefer to use 1password as it feels more secure to all the customers.

1Password has been providing a great service globally to all the software related entities. Developers and Testers with security knowledge and concerns login to several sites with different passwords. This is because using a same password to all the sites is not a recommended practice.

AgileBits Inc is the developer of this product. As the product handles user credentials to several sensitive data, it is important to protect it from cybercriminals.

1Password attracts several cyber criminals and hackers due to the fact that it holds a vast pool of sensitive login credentials that can give access to datas that can disrupt the operation of an entire organization.

To Overcome this. 1Password joined hands with Bugcrowd in 2017 and created a bug bounty program to award white hat hackers and security researchers from all over the world.

Ever since, they have conducted several bug bounty programs both private and public which gave them the glimpse of several security loopholes they have missed during the development.

Bugcrowd is famous among security researchers, bug bounty hunters and white hat hackers. It is a platform that contains several open-source bug bounty programs which they can participate in and be rewarded based on the severity of the bug reported.

“To date, we’ve paid out $103,000 to Bugcrowd researchers, averaging $900 per reward. While all the detected bugs have been minor and didn’t pose a threat to sensitive customer data, we were able to resolve them quickly and reduce the risk of attacks. After nearly 800 attempts from researchers, the total payout showcases 1Password’s relentless commitment to protecting our customers.”  the company said.

So as to move on to the next step, the company has increased its bounty limit to $1 million. The company said that it might attract many security researchers to conduct penetration testing on their product.

The Company also said that, “We’re hoping to build on these existing initiatives by further investing in our bug bounty program and attracting more outside expertise to make our systems as secure as possible. Enlisting the collective intelligence of thousands of researchers helps 1Password consistently deliver a reliable, secure product that makes online safety accessible to anyone.”