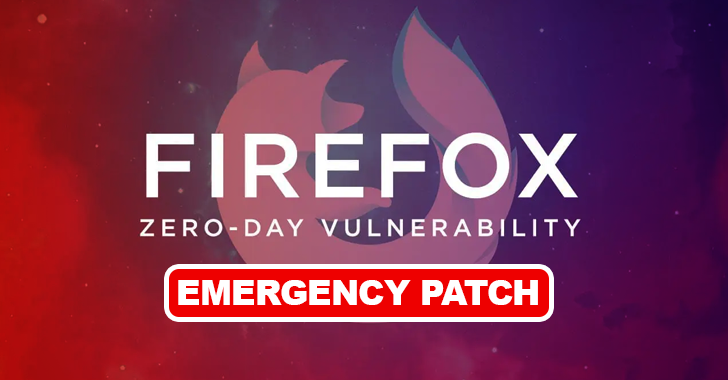 Mozilla has recently released new versions of Firefox to fix two new critical zero-day vulnerabilities that are actively exploited by the threat actors.

The two critical zero-day vulnerabilities detected are Use-after-free bugs that cause certain computer programs to run in a way they weren’t programmed because they are writing toward areas in memory that have been previously cleared or used for other purposes.

On successful exploitation of these bugs, an attacker can crash programs and execute arbitrary commands on the affected device without any permission.

Here below we have listed all the newly-patched versions of Mozilla Firefox:-

In the Security Advisory 2022-09, Mozilla Foundation has fixed two critical zero-day vulnerabilities, and they are:-

However, the developers of Firefox are aware of the reports of attacks in the wild, as these two vulnerabilities were actively exploited by the attackers. But, till now, Mozilla hasn’t shared any core details about the exploitation of these bugs.

The developers of Firefox have strongly recommended users to immediately update their existing vulnerable version of Firefox to the latest one to mitigate these two critical bugs.

Moreover, users can also manually check for the new updates, and to do so, they have to follow a few simple steps that we have mentioned below:-

After executing the steps as mentioned above, Firefox will now automatically check the available latest update and install it.