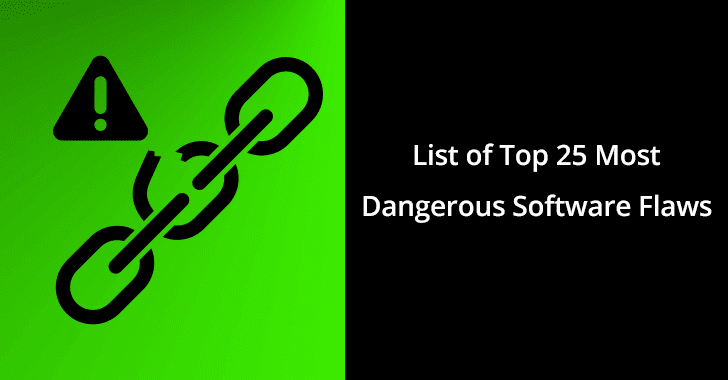 MITRE has released a list of Top 25 Most Dangerous Software Errors (CWE Top 25) that are widely spread and leads to serious vulnerabilities. The list was generated based on the vulnerabilities published within the National Vulnerability Database.

These vulnerabilities are easily exploitable and allow an attacker to get complete control over the system. Attackers can steal sensitive data, crash the application, cause a DOS condition.

MITRE says that the list was generated based on the data-driven approach based on the CVE published NVD, as well as the CVSS scores associated with it.

“A scoring formula was then applied to determine the level of prevalence and danger each weakness presents. This data-driven approach can be used as a repeatable, scripted process to generate a CWE Top 25 list regularly with minimal effort,” MITRE says.

MITRE provided a list of vulnerabilities with overall CVSS score and description for each of them with examples.

The CWE’s calculated by MITRE, based on a scoring formula, the vulnerabilities that are common and cause high impact will receive a high score.