Several spyware campaigns have been discovered recently by the security researchers at Kaspersky Labs in which the industrial enterprises were targeted by the threat actors to steal corporate credentials and resell them.

To evade detection, the threat actors use different types of spyware tools and deploy them for a very restricted time interval, as doing so will create complexity.

The attackers use the following commodity malware in their attacks:-

During the investigation, the security experts of Kaspersky Labs have dubbed this series of attacks as “Anomalous.”

But why do they call these attacks “Anomalous”? As compared to other general or typical attacks, these attacks are quite short-lived in nature, and for this reason, they dubbed this Anomalous.

Other general spyware campaigns last for several months or even years, while the anomalous attacks remain active for around 25 days.

In these campaigns, the threat actors have targeted a very less number of systems that are around below 100. While in industrial environments, the integrated computer systems count starts from 200, which means the count of attacked systems is half.

To exfiltrate data from the compromised systems and send them to the actor-controlled C2 server, they use an SMTP-based communication protocol.

In most standard spyware campaigns for C2 communication, HTTPS is used since SMTP is used for data theft and it’s a one-way channel.

In the company’s network to move laterally and infiltrate deeper in the network, the threat actors use the employee credentials that are stolen.

Here as C2 servers, the attackers use the compromised corporate mailboxes in previous attacks, and they do so to initiate new attacks. 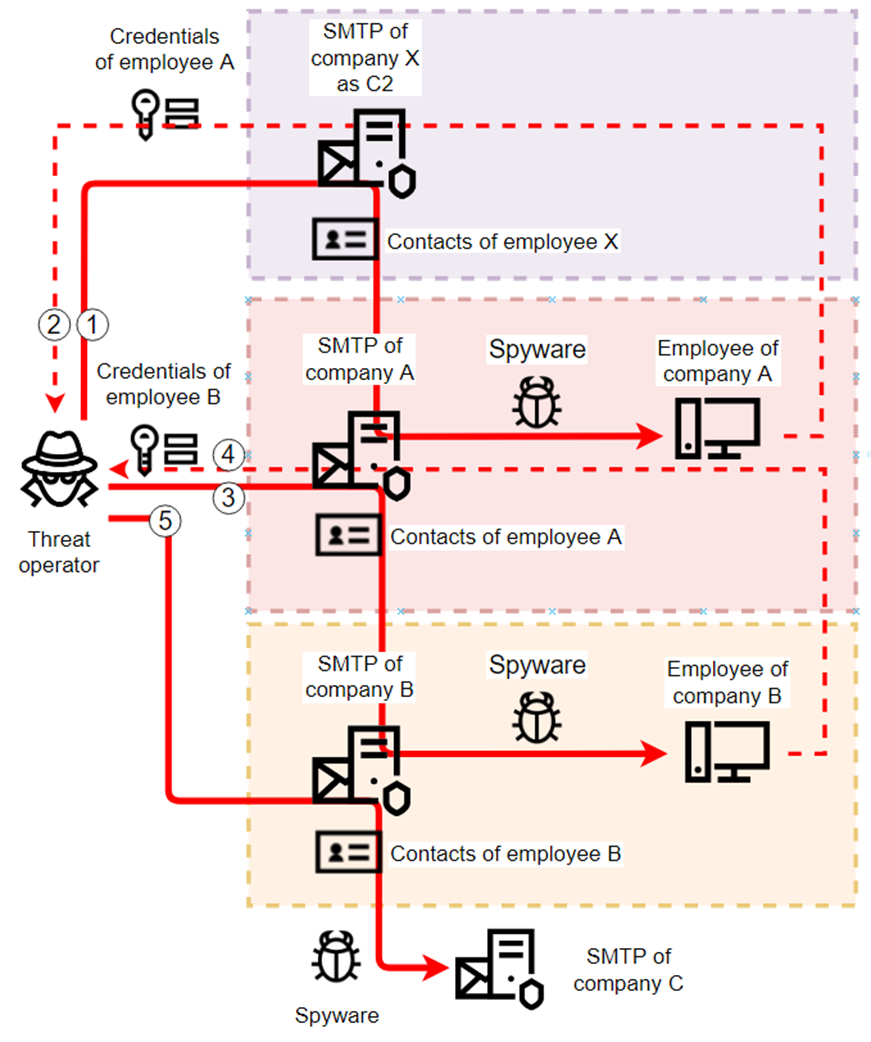 During the analysis, more than 2000 corporate emails accounts were identified that were abused by the threat actors, and not only that, along with 2000, they have also discovered another 7000 compromised email accounts.

In total, more than 25 different marketplaces were discovered where the threat actors used to sell the stolen data gathered from the campaigns.

In these marketplaces, the sellers offer several services like:-

However, it has been reported that more than 50000 compromised RDP accounts were sold, in which 1954 accounts belonged to the industrial companies.

So, these are the recommendations that are provided by the analysts, and they have strongly recommended users follow them strictly.