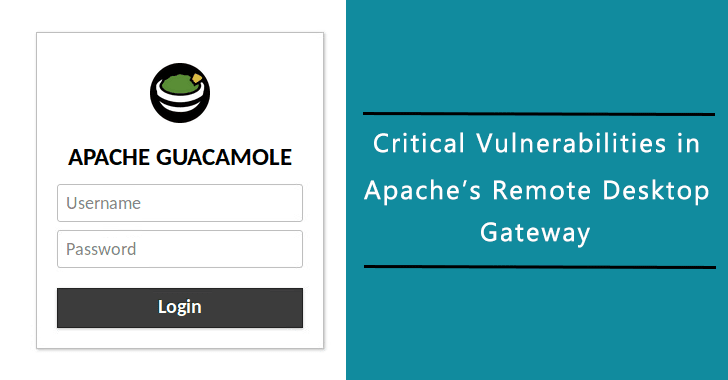 The tool also comes with support for MFA (Multi-Factor Authentication), compliance with BYOD, and other security controls like IPS, SOC anomaly detections, and many more.

Now in this pandemic situation, most of the workforce moved to remote work, vulnerabilities like these pose serious risks.

To use Apache Guacamole no plugins or client software are required, so it is called as clientless, it has over 10 million docker downloads worldwide.

“Check Point’s researchers found that some of Guacamole’s ingredients didn’t meet the required security standards. In particular, it was vulnerable to several critical Reverse RDP Vulnerabilities, and affected by multiple new vulnerabilities found in FreeRDP.”

The vulnerabilities allow attackers to compromise a computer inside an organization and connect back via unsuspecting as a worker connecting to the machine.

This allows attackers to go gain full control over the Guacamole server and to gain control over all the sessions. The vulnerabilities affect both FreeRDP and Apache Guacamole. Here is the video demo;

The vulnerability is due to improper input validation of RDP static virtual channels, it affects Apache Guacamole 1.1.0 and older versions.

If a user connects via a malicious or compromised RDP server, then a specially-crafted data could result in information disclosure within the memory of the guacd process handling the connection.

The flaw is because of Apache Guacamole 1.1.0 and older versions mishandle pointers received via RDP static virtual channels.

“If a user connects to a malicious or compromised RDP server, a series of specially-crafted PDUs could result in memory corruption, possibly allowing arbitrary code to be executed with the privileges of the
running guacd process.”

The vulnerabilities are fixed with Apache Guacamole 1.2.0, users are recommended to update with the latest version.