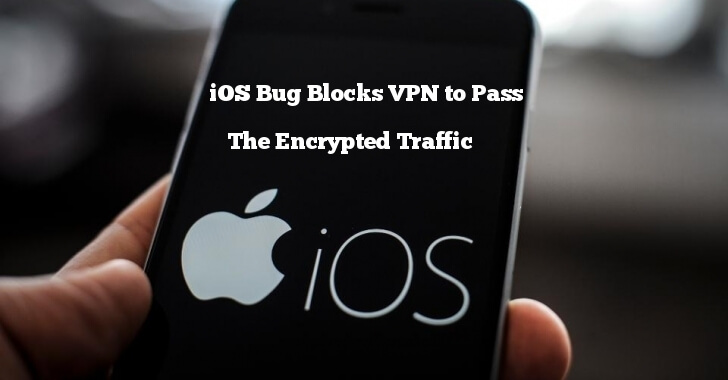 A new unpatched “VPN Bypass” vulnerability uncovered in Apple iOS block VPNs to encrypt all the traffic that passes through the device.

The bug affected Apple’s iOS version 13.4, and it can be taking advantage of the cybercriminals to surveillance the user’s online activities also it leaks IP address and exposes the user’s data.

Luis, a security consultant from ProtonVPN discovered this VPN bypass vulnerability and reported to Apple under which is now working for the patch.

ProtonVPN reported this VPN Bypass vulnerability under 90 days responsible disclosure program, and the iOS community will get the patch on the next Apple security update, currently no patch available for this vulnerability.

But the vulnerability in the latest iOS version does not close existing connections plus some of the connections will be long-lasting and remain open for minutes to hours outside the VPN tunnel.

“One prominent example is Apple’s push notification service, which maintains a long-running connection between the device and Apple’s servers. But the problem could impact any app or service, such as instant messaging applications or web beacons.” Luis said via blog post.

During the analysis of this iOS bug, the researcher captures the iOS device’s network traffic using Wireshark and be able to see the direct traffic between the iOS device’s IP and an external IP address that is not the VPN server but it’s an Apple server.

In fact, If you should be able to see only the traffic between the device’s IP and the VPN server but in this case, we could see the external IP address which belongs to Apple.

No VPN service can provide a workaround other than Apple for this issue due to the iOS permission restriction VPN app to kill existing network connections.