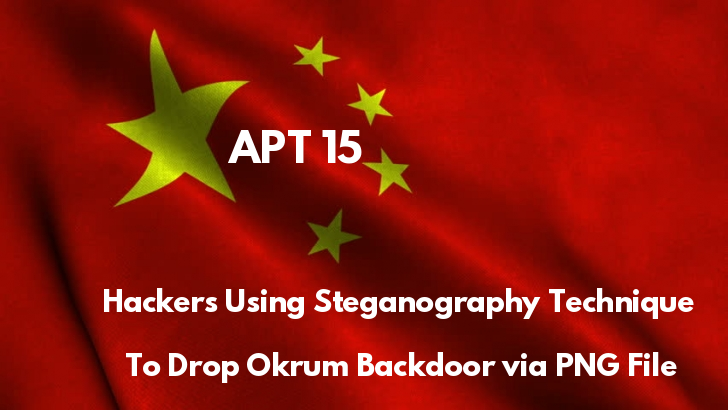 APT15 threat group also known as Ke3chang has a long history of its malicious activities since 2010, and it was initially reported in 2013 during their campaign activity attack organization in Europe.

Okrum backdoor initially detected in December 2016 that targets various countries such as Slovakia, Belgium, Chile, Guatemala and Brazil and is believed to be operating out of China.

Okrum backdoor initially detected in December 2016 that targets various countries such as Slovakia, Belgium, Chile, Guatemala Brazil and is believed to be operating out of China.

The APT group continues to be active in 2019 to attack the same type of target but were using different malicious toolsets to compromise them.

Okrum has a similar modus operandi as previously documented Ke3chang (APT15)malware family with a basic set of backdoor commands.

Attackers tried to hide malicious traffic with its C&C server within the normal traffic by registering the legitimate domain names.

Okrum backdoor installed and loaded by 2 different components which is frequently changed by malware authors to avoid detection.

According to ESET research, “Okrum is only equipped with basic backdoor commands, such as downloading and uploading files, executing files and shell commands. Most of the malicious activity has to be performed by typing shell commands manually, or by executing other tools and software”

“Researchers believe that the combination of simple backdoor and external tools fully accommodates their needs while being easier to develop, but it may also be an attempt to evade behavioral detection.”

Along with this, researchers discovered some of the external tools such as keylogger, tools for dumping passwords, or enumerating network sessions.