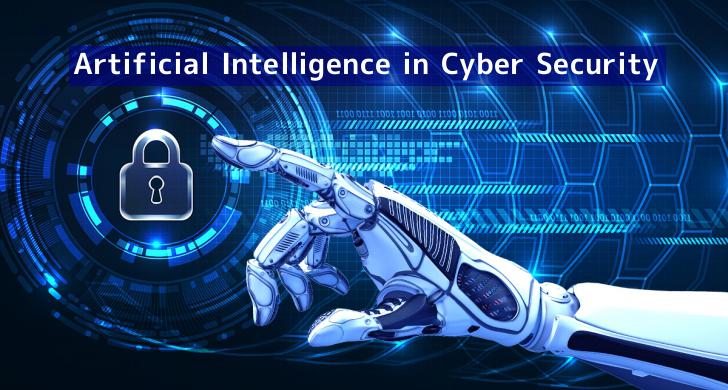 Artificial Intelligence in Cyber Security is always evolving, say from the old school days when AV was thought to be an effective defender to the present days where AV, SIEM, IPS, endpoint security and protection play a crucial part in building up defenses. But with development in technologies, the existing cybersecurity controls won’t be sufficient to defend against the unforeseen and limitless cyber threats.

AI that is capable of self-correcting and making decisions exactly like a human is called Artificial General Intelligence (which is still a myth). Real-time examples of artificial narrow intelligence include SIRI, Okay Google, Alexa, IBM Watson, and Microsoft Cognitive Services.

deliver the best move for a given position. Same goes for Google’s AlphaGo as well.

This AI won’t be able to remember everything that did occur in the past after a limited time. Self-driving cars are based on this type of AI.

This AI will be able to think exactly like men by analysing the situations and deciding things just like humans. This type of AI is yet to be developed.

The common examples of AI include Automation, Machine Learning, Robotics, Self-driving cars, and  Virtual AI. Robotics have incorporated AI to deliver the goods or services as promised without the blunders humans can do when the load is high and large output is in demand.

Automation is again something similar to robotics, but with very less influence of AI. Self-driving cars with AI can ease things of the road, with better passenger safety if and only the AI is tested for accuracy and quality multiple times.

Machine learning along with deep learning brings in the fully functional and operational artificial narrow/general intelligence. Deep learning is more like neurons of the human body, bringing the actual reflexes and emotions up for the AI. Apart from the above, Virtual Ai assistant is mostly used by businesses to bring in an extra layer of security and operational excellence to the businesses.

The influence of AI is now spreading across verticals starting from healthcare, manufacturing, education, finance, law, astronomy and more. In healthcare AI assistance is preferred for fetching data on patients, their medical history etc. The ability to convert natural language into a programmable language helps healthcare to take care of outpatients and their daily routines. As we already spoke about manufacturing, AI helps in automation and other robotic operations.

Similarly it helps with law, by fetching the details of taxonomy and ontology related to it.

Will AI be a boon or bane for mankind?

How will AI improvise cybersecurity?

With AI in place researchers will be able to identify and solve problems little earlier, and bring more proactive controls based on the nature of the threat.

Artificial Intelligence can also go in favor of hackers to break into organizations, they can communicate with command and control server more wisely to break into networks and computers within very less time.

Any technological development comes with its own set of cons, but it’s the nature of humans to evolve and artificial intelligence will play a crucial part in overall and cybersecurity will also get benefited because of it.