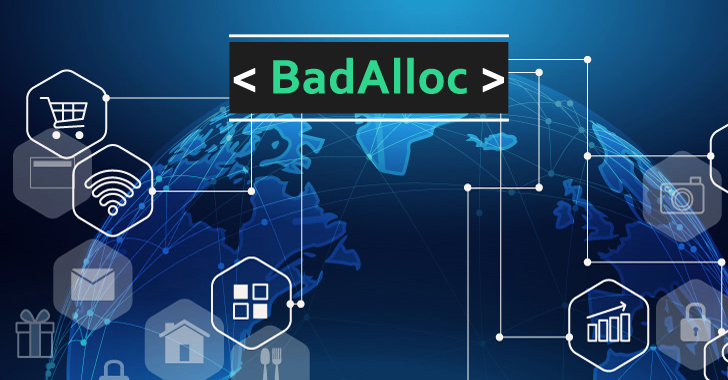 In a regular analysis, the security researchers of Microsoft from “Section 52,” it’s an Azure Defender for IoT research group have detected nearly 25 CVE vulnerabilities that are continuously affecting a wide range of Internet-connected devices later that can be used to execute arbitrary code remotely.

The vulnerabilities are occurring problems such as they are providing an opportunity to bypass all the security mechanisms and easily execute malicious code as per their operation.

The security researchers from Microsoft have asserted a detailed summary of BadAlloc, and as per their report, BadAlloc errors happen because of several “memory allocation implementations which have been built for so many years, and they are the part of IoT devices and firmware.

All the CVE vulnerabilities that have been detected were stemmed from the continuous usage of vulnerable memory functions like realloc, valloc, malloc, calloc, pvalloc, memalign and many more.

And as we said above that these vulnerabilities occur due to memory allocation implementation, that’s why the implementations were written as a part of IoT devices throughout the whole year.

If this validation does not occur, then the hackers could easily exploit the vulnerable memory allocation functions to perform the planned operation.

After an investigation, the experts have listed a full list of devices that have been affected by these vulnerabilities, and here they are mentioned below:-

The users must follow the mitigations that the security researchers have provided, and here they are:-

Apart from this, the security researchers have not yet found any available exploits for these errors but they have claimed that they are doing their homework, and will surely find them in the coming weeks or months.