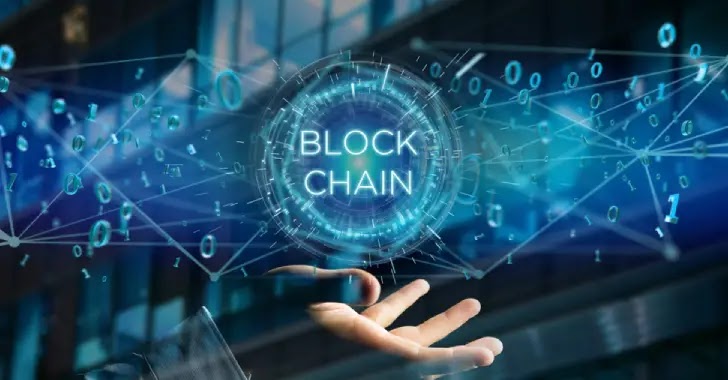 Blockchain Technology and the evolution of the digital world has led to a sizeable outbreak of sophisticated cyber attacks, with attackers continually refining their methods to find new vulnerabilities and chinks in the armor of organizations of all shapes and sizes.

Hackers enjoy getting their hands on sensitive data, but an almost impenetrable technology, known as blockchain, could be the answer to improving the online security of businesses and eliminating the threat of data being damaged or stolen.

Blockchain technology is a form of a digital ledger that is near-impossible to amend retroactively. It has been in existence for almost ten years – since 2009. It was first created as a means of storing and transferring the world’s inaugural form of cryptocurrency, Bitcoin.

The Blockchain Technology has since been explored by other sectors and it’s now being looked at seriously as a cybersecurity tool. Preventing Distributed Denial of Service (DDoS) attacks and damaging ransomware that demands money for the release of sensitive data is a high priority for businesses, among other security concerns. Blockchain Technology could enhance online security for organizations by detecting data tampering and fraudulent activities.

On the Blockchain Technology, the data linked to a set of valid transactions or actions is housed within its own block. Each new block is connected to the previous block, ensuring a continuously expanding network of information. The Organization using Blockchain Technology to enhance security.

As blockchain is a decentralized database, there is no hackable point of entrance or vulnerable point of failure. Centralized system architecture and inadequate logins and passwords are one of the major weaknesses of conventional infrastructures.

Human intervention is a particular problem when it comes to wealth and information storage. Cryptos such as Bitcoin and Ethereum also make use of encrypted wallet solutions to minimize the threat of service breaches, in a way similar to fiat currency storage, but with the added benefit of Blockchain Technology.

Systems with a need for human intervention are those most at risk of cyberattacks, but Blockchain Technology can authenticate devices and online users without a need for human involvement. Using blockchain, a cyber security solution can use a distributed public key infrastructure to allow users to log in and out of systems and web applications.

Each device is equipped with a unique SSL certificate rather than a password, which makes it significantly more difficult for hackers to create fake versions of certificates.

As a decentralized method of storage, Blockchain Technology makes it easy to detect when a hacker attempts to break into a block. If a hacker tries to gain entry into a block, the decentralized system will check each block to find the block that doesn’t have the same characteristics as the others. The system will then shut out the block in question and remove it from the chain, labeling it as false.

Blockchain Technology is a hugely effective technology for preventing data from being stolen or compromised. In order to corrupt data within a blockchain, a hacker would need to be able to destroy data stored on the computer of each user within the global blockchain network.

In some cases, this could equate to hundreds of thousands, if not millions, of devices, each of which stores a copy of some or all of the data within each block. Consequently, blockchain’s complex and enduring technology is already one of the most secure ways of saving and sharing information digitally.

There’s an integrity to blockchain which is hugely important when it comes to cybersecurity. All data changes added to a public or private blockchain are digitally recorded and timestamped for complete transparency.

There’s an immediate assurance for an organization using Blockchain Technology. They can operate safely in the knowledge that each block is cryptographically monitored and attributed to users. Organizations have a complete overview of every single iteration of their blockchain network.

Distributed Denial of Service (DDoS) attacks can immobilize entire organizations and networks in an instant. They present a significant risk to a business’ reputation. Even the biggest online brands are not immune to a DDoS attack, as the likes of Twitter and Spotify will attest.

An organization’s Domain Name System (DNS) is only partially decentralized, which means it is still a sitting target for hackers that can crash the centralized part of a domain which holds the majority of a website’s data.

However, blockchain technology can come to the rescue and mitigate the threat of DDoS hackers too. By distributing the contents of a website across a plethora of nodes stored on many different devices, it’s impossible for cyber-criminals to alter.

The digital age demands that we do what we can to protect sensitive data. As more data gets produced each day, cybercriminals will grow increasingly keen to steal or corrupt it. Blockchain Technology can maintain the integrity of companies and governments and secure the confidentiality of individuals.

It’s not over the top to suggest that Blockchain Technology could revolutionize the future of the internet, providing a more versatile and secure online experience that we can all put our faith in.