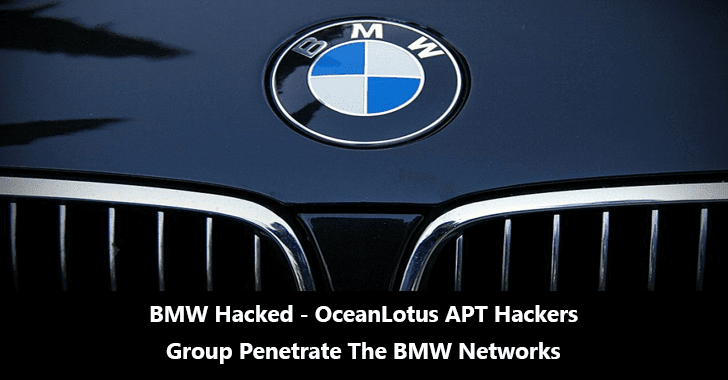 The OceanLotus APT group believed to be active on behalf of the State of Vietnam, and they mainly focus on the automobile industry.

Last weekend, security experts from BMW take down the hacked computers and blocked the path that was used by hackers to penetrate the network.

According to Bayerischer Rundfunk’s reports. ” The automobile company from Munich finally took the computers concerned off the grid. , the group’s IT security experts had been monitoring the hackers for months. This is the result of research by the Bayerischer Rundfunk. Also on the South Korean car manufacturer Hyundai, the hackers had it apart.

An anonymous source reported this incident to BR and states that the hackers didn’t access any sensitive information during the attack period.

BMW refused to comment further about the security incidents, but in general, they said: “We have implemented structures and processes that minimize the risk of unauthorized external access to our systems and allow us to quickly detect, reconstruct, and recover in the event of an incident.”

Based on the expert source report OceanLotus hackers also targeted the Hyundai network, and they left several requests unanswered also there is no specific technical details revealed about the incident.

Andreas Rohr of the IT security firm Deutsche Cybersecurity organization (DCSO) said “If hackers have penetrated a corporate network , they usually try to look around as inconspicuously as possible. Once a company has discovered the attackers, it’s important to find out how far hackers have spread. They are watched for this, sometimes for months. “Typically, you benefit from having discovered someone to see where further compromises exist,”

Experts believe that the same groups may have been involved with previous automobile security breaches such as Toyota hack, in which cybercriminals accessed the server and they may have been leaked 3.1 million customer personal data online.