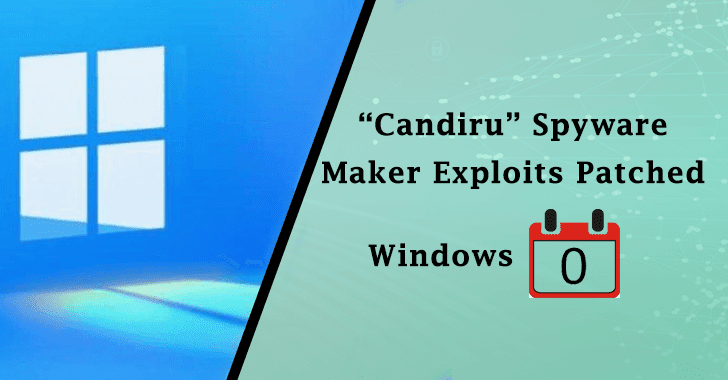 Security researchers recently spotted a cyberweapon, which is a Windows spyware that develops and sells by an Isreal based commercial spyware maker “Candiru” to attack Windows users around the globe.

Candiru is also known as Sourgum is a private firm from Isreal that selling “untraceable” spyware exclusively to governments to attack and monitor iPhones, Androids, Macs, PCs, and cloud accounts.

Researchers from Citizenlab & Micorosft analyzed a Windows spyware copy of Candiru’s that was identified from the politically active victim in Western Europe and discovered that the Candiru was exploited two windows Zero-day(patched recently.) ” CVE-2021-31979 and CVE-2021-33771 “

Their spyware can infect for spying computers, mobile devices, and cloud accounts to generating multi-million dollars revenue by selling it for various government customers located in Europe, the former Soviet Union, the Persian Gulf, Asia, and Latin America.

Microsoft researchers have analyzed this copy of the spyware variant and named it as DevilsTongue that was written in C and C++ with sophisticated novel capabilities.

DevilsTongue seems able to use cookies directly from the victim’s computer on websites such as Facebook, Twitter, Gmail, Yahoo, Mail.ru, Odnoklassniki, and Vkontakte to collect information, read the victim’s messages, and retrieve photos.

Candiru selling its spyware with licenses, based on the customer’s need and a number of infections.

Candiru also has reportedly recruited hackers from the ranks of Unit 8200, the signals intelligence unit of the Israeli Defence Forces.

Based on the Candiru proposal, spyware can exfiltrate private data from a number of apps and accounts including Gmail, Skype, Telegram, and Facebook.

Also as an add-on feature, it has a feature to stealing browsing history and passwords, turn on the target’s webcam and microphone, and take pictures of the screen. Capturing data from additional apps.

According to the Microsoft report “By examining how Sourgum’s customers were delivering DevilsTongue to victim computers, we saw they were doing so through a chain of exploits that impacted popular browsers and our Windows operating system. Earlier this week, we released updates that, when installed, protect Windows customers from two key Sourgum exploits.”

Microsoft also built around the security for its product against 0-day exploits and DevilsTongue malware.