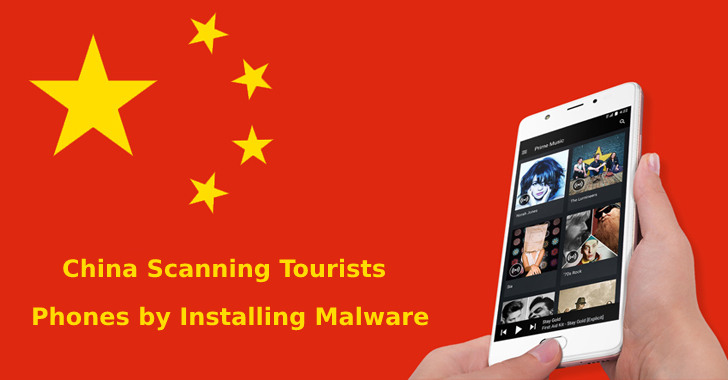 Chinese border authorities are installing text-Stealing malware on tourists phones that give access to all the text messages and other data on the phone. The malware downloads tourist’s text messages, calendar entries, and phone logs, as well as scans the device for over 73,000 different files.

Tourists need to submit their phones, and the border guards will install an Android malware that looks for Islamic extremist content, Islamic material, academic books on Islam by leading researchers, and even music from a Japanese metal band, reads Motherboard report.

This search conducted for the tourists entering the Xinjiang region, which has a high Uighur population. The malware installed on phomes callled as BXAQ or Fengcai. According to expert analysis, the malware collects phone’s calendar entries, phone contacts, call logs, and text messages and uploads them to a server.

Also, it scans the phone to find the apps installed and extracts the subject’s usernames for some of the installed apps. As like other malware, it doesn’t try to hide, it continues to show in the app screen, and it is designed to uninstall after collecting data.

“This is yet another example of why the surveillance regime in Xinjiang is one of the most unlawful, pervasive, and draconian in the world,” Edin Omanovic, state surveillance program lead at Privacy International said.