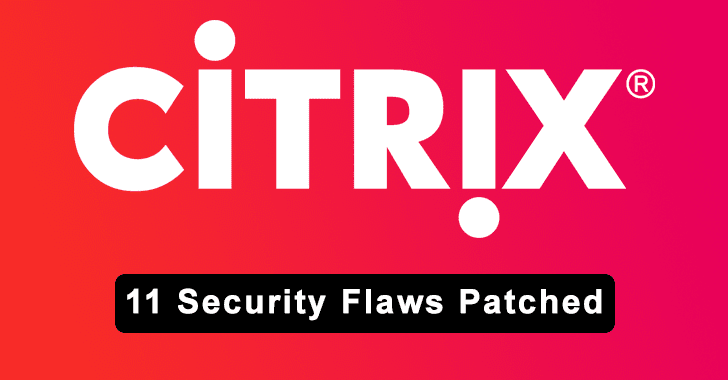 Citrix patched 11 security flaws with Citrix ADC, Citrix Gateway, and Citrix SD-WAN WANOP edition. Out of that four bugs can be exploited by an unauthenticated, remote attacker.

Successful exploitation of the attack leads to an unauthenticated attack to the management network, Cross-Site Scripting (XSS) information disclosure, and denial-of-service attacks.

Citrix said that out of 11 vulnerabilities, “there are six possible attack routes; five of those have barriers to exploitation.”

The six possible attack routes can be diminished if systems deployed in line with Citrix recommendations that management interface separated from the network and protected by a firewall.

Citrix also confirms that these vulnerabilities are not related to CVE-2019-19781, which unauthenticated remote attackers to execute arbitrary code on the vulnerable system.

The company also said that they are not aware of any exploitation of these issues. Here you can find the complete list of vulnerabilities.

“While these barriers reduce the risk of these vulnerabilities, Citrix strongly recommends the quick application of the supplied patches.”

Citrix not disclosed any technical details about the vulnerability and only released patches to protect our customers.

Users are recommended to update with following versions of Citrix ADC, Citrix Gateway and Citrix SD-WAN WANOP remediate the vulnerabilities: