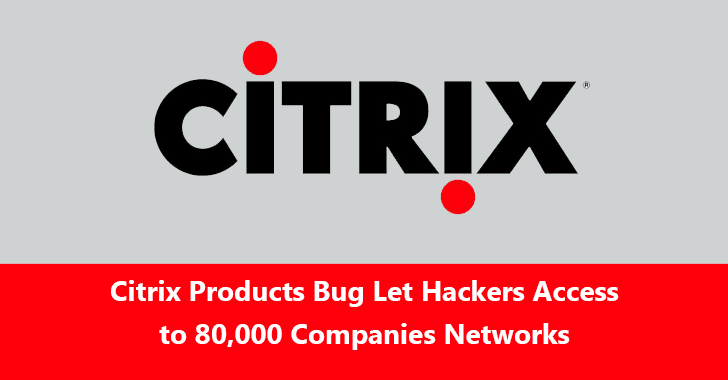 Experts believe that at least 80,000 companies could have affected around the globe including the United States with over 38 percent of all vulnerable organizations, the UK, Germany, the Netherlands, and Australia.

The Delivery Controller is the server-side component that is responsible for managing user access, plus brokering and optimizing connections.  Controllers also provide the Machine Creation Services that create desktop and server images.

The vulnerability can be tracked as CVE-2019-19781, and the vulnerability severity is “high” which creates a serious threat to the organization deployed with Citrix Application Delivery Controller and gateway.

According to Positive Technologies report, The vulnerability affects the company depends on the specific configuration, and it allows any unauthorized attacker to not only access published applications but also attack other resources of the company’s internal network from the Citrix server,

According to Dmitry Serebryannikov from PT, “Citrix applications are widely used in corporate networks. This includes their use for providing terminal access of employees to internal company applications from any device via the Internet. Considering the high risk brought by the discovered vulnerability, and how widespread Citrix software is in the business community, we recommend information security professionals take immediate steps to mitigate the threat,”

To avoid such attacks, companies are recommended to use web application firewalls.

5 Tips to Keep Your Network Secure