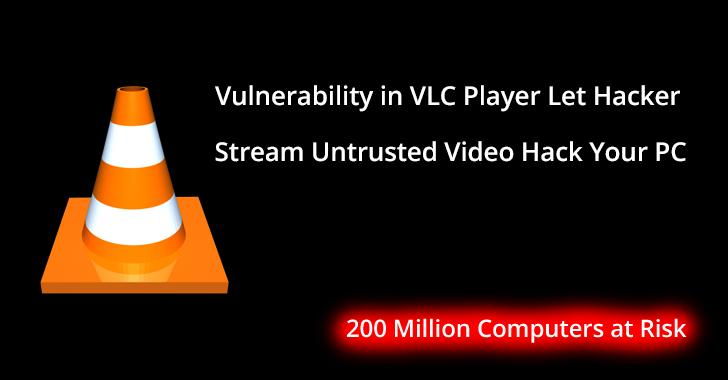 VideoLAN released a security update for VLC Media player with the fixes for two vulnerabilities that allow attackers to execute untrusted video file on the system running with vulnerable VLC media player.

The VLC media player is an open source cross-platform and streaming media server developed by the VideoLAN project.

VLC Player downloaded over more than 200 million users around the globe and running in hundreds of millions of major operating system including Windows, iOS, Android, Mac.

There are 2 vulnerability uncovered and reported by Symeon Paraschoudis from pentest partners and zhangyang from Hackerone.

First, A buffer overflow vulnerability (CVE-2019-5439) that resides in ReadFrame (demux/avi/avi.c) allows a remote user can create some specially crafted avi or mkv files that will trigger a heap buffer overflow load into a targeted system.

Successfully execution of malformed file in the targeted system leads to crash the VLC player and eventually attackers execute the arbitrary code with the context of privileged users.

In order to exploit the vulnerability, targetted users require to explicitly open a specially crafted file or stream which can be initiated by attackers via from malicious sites.

According to VideoLAN Security Advisory, “The user should refrain from opening files from untrusted third parties or accessing untrusted remote sites (or disable the VLC browser plugins), until the patch is applied. “