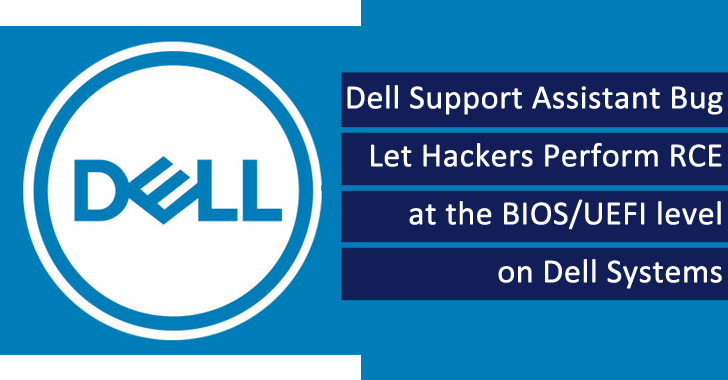 A set of four vulnerabilities has been found on Thursday by the cybersecurity researchers of Eclypsium in the BIOSConnect feature of Dell SupportAssist. After investigating the vulnerability, the researchers claimed that the Dell Client BIOS could be misuse by a privileged network adversary.

The main motive of the hackers is to gain arbitrary code execution at the BIOS/UEFI level of the device that has been affected. Not only this but the experts also stated that this vulnerability allows the threat actors, to remotely implement code within the BIOS of impacted devices.

Do not update BIOS using the BIOSConnect

However, to come into the safe side the users must update the system BIOS/UEFI for all affected systems. Apart from this, the users can also use some other alternative techniques that will help them to stay safe other than the SupportAssist’s BIOSConnect feature to put the BIOS updates.

Here, the cause of the remote code execution vulnerability was an improper origin validation weakness, and later in 2018, it has been reported by security researcher Bill Demirkapi.

Moreover, in 2015 another RCE flaw has been found in Dell system detection software by the security researcher Tom Forbes.

RCE flaw allows the threat actors to activate the buggy program so that they can easily download and implement the arbitrary files without having any interaction with the users.

The initial step that has to be followed to stop this vulnerability is that all the affected systems should get updated accordingly, and the analysts suggested all the users not to use the BIOSConnect to execute the firmware update. Meanwhile, Dell will keep updating the affected executables that are being delivered.

According to the report, the security researchers of the Eclypsium has completed their investigation on March 2 into Dell’s software, and a day later the experts notified the Dell PSIRT.

Also Read: Hundreds of Millions of Dell Systems Vulnerable to Hack Due to Driver Bug