Home Cyber Crime DoubleVPN Taken Down by Federal Authorities That Was Used by Hackers To... 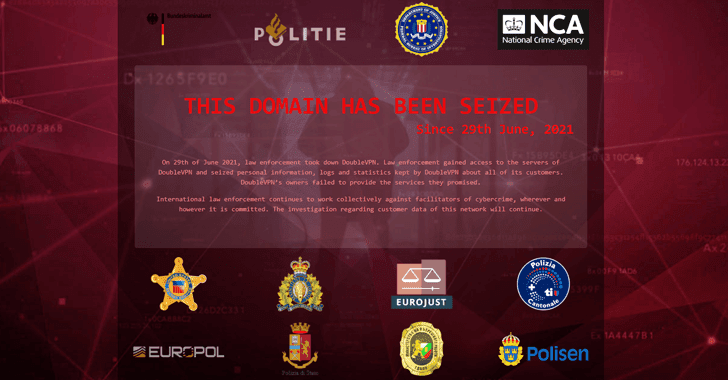 Apart from Europe, the United States and Canada have also seized the domains and servers of DoubleVPN. The security researchers of the Europol agency affirmed that the threat actors have used a virtual private network service as a “safe haven” to conceal their main identity all over the world.

DoubleVPN is a Russian VPN service that generally double-encrypts data that is passing through it, and currently, the cybercriminals are targetting DoubleVPN for the execution of their ill-disposed activities.

When the service is being used, at that time the requests are encrypted and dispatched to one VPN server, which later gets forwarded to another VPN server, and doing this the hackers can easily accomplish their ultimate goals.

The international coordination of law enforcement agencies was done centrally, as this attack has been spreading all around the world.

They have helped in the investigation from the beginning, and they brought together all the countries that were involved in the joint strategy.

They have supported and at the same time served judicial cross-border interaction and coordination, and they guaranteed a satisfactory response in order to take down the network.

Initially, the law enforcement had seized the DoubleVPN on 29th June, by claiming that they obtained access to the servers for DoubleVPN and took logs, statistics, and all kinds of personal information of the customers of the service.

The experts also stated that international law enforcement remains to work against facilitators of cybercrime, and will find the details that where and how its attacks were performed.

Moreover, the security analysts and authorities asserted that since this type of attack is engaged in ransomware attacks, that’s why it is very important to stop such threats and attacks.

So, for this reason, Europol has announced that “The golden age of criminal VPNs is over,” in one of their reports.