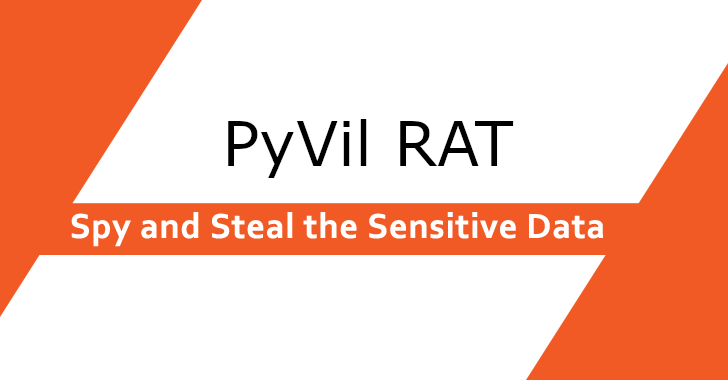 Recently, the Evilnum APT group used the Python-based RAT PyVil tool to spy and steal sensitive data; here, the main motive of the group is to spy on its victims and exfiltrate all the VPN passwords, email credentials, various documents, and browser cookies.

The experts affirmed that Evilnum had been detected using attack elements that are scripted in JavaScript and C#; they also use various tools from malware-as-a-service provider Golden Chickens.

Not only this, but this group mainly uses spear-phishing emails to bypass all the ill-disposed files as scans of service bills, credit cards, driving licenses. It also includes other verifying documents that are needed by know-your-customer (KYC) management in the financial sector.

All these variations cover a change in the chain of infection and persistence, a new business that is increasing over time, and the use of a new Python-scripted Remote Access Trojan (RAT) Nocturnus dubbed as PyVil RAT.

The PyVil RAT allows the attackers to exfiltrate all the data, apply key-logging & take screenshots. It can also use secondary credential-harvesting tools like LaZagne; it’s an open-source application that is used to steal the passwords that are stored on a local computer.

The experts of cybersecurity frim Cybereason Nocturnus reported that this new version of PyVil is created with a multitude of functions and here they are mentioned below:-

Evilnum has always relied on spear-phishing emails that include ZIP archives housing 4 LNK files. That’s why its attack patterns and the new version is made with new ideas and tricks.

The vulnerable programs that are used in this attack are:-

The experts of cybersecurity firm have suggested some mitigations that are to be applied by the business carefully:-

Apart from this, the security researchers are still trying their best to bypass all the threats from Evilnum, and more importantly, the business firms need to be cautious regarding all these risks.