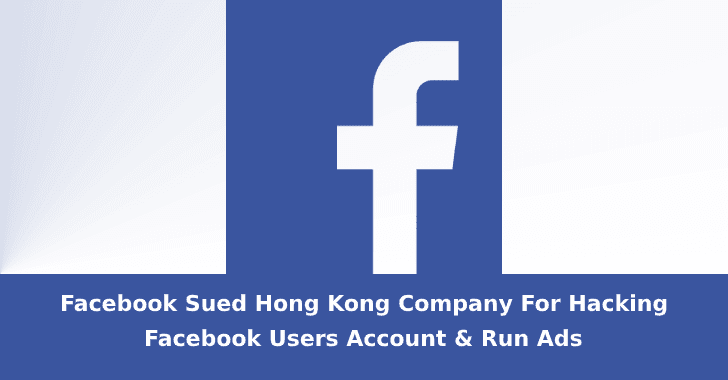 Facebook Filed a Lawsuit against the 2 Chinese Nations and Hong kong ad company allegedly hack Facebook user’s accounts to install the malware and use their account for running deceptive ads.

ILikeAd, a Hong Kong company, and two Chinese software developers are involved in this malicious practice and creating the malware to compromise the Facebook user’s account and run ads such as counterfeit goods and diet pills.

“Defendants Suid for violating Facebook Terms and Advertising Policies and they sometimes used images of celebrities in their ads to entice people to click on them, a practice known as “celeb bait.”  Facebook said.

“They are also involving in another practice known as cloaking. through which defendants deliberately disguised the true destination of the link in the ad by displaying one version of an ad’s landing page to Facebook’s systems and a different version to Facebook users. “

Cloaking is a sophisticated technique and well organized. it is very difficult to identify the person or company behind this malicious practice.

Facebook also said that it has also issued more than $4 million in refunds to customers whose accounts were used by ILikeAd to run unauthorized ads. “

“To protect Facebook users and disrupt these types of schemes, we will continue our work to detect malicious behavior directed towards our platform and enforce against violations of our Terms and Policies,” Facebook said.

We have recently reported another lawsuit filed by Facebook against Israel based commercial spyware maker NSO group for hacking its WhatsApp messenger by exploiting the zero-day vulnerability and deploy the Pegasus spyware on the targeted user’s device.