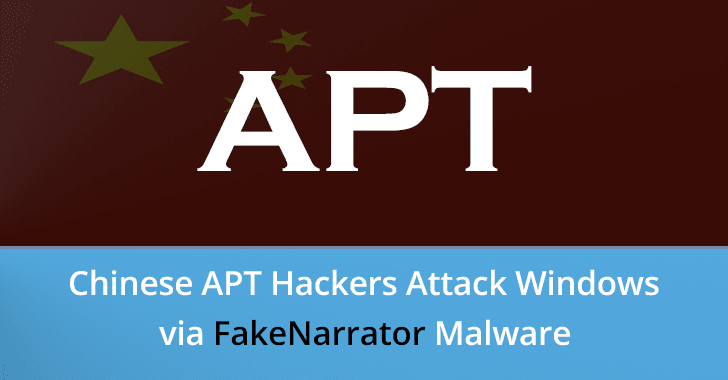 The malware campaign mainly targeting the tech companies that located in south-east Asia successful attack could allow attackers to gain complete control of the targetted system and take the remote desktop access without any sort of credentials.

Attackers customize the Chinese based opensource backdoor PcShare for their operation and used the backdoor as the main foothold on the victim’s machine.

They included various features in the backdoor including command-and-control (C&C) encryption and proxy bypass functionality and they’re removed some of the unused functionality which they feel not necessary for this campaign.

Once the attacker gains access to the victim’s machine, they start deploying the post-exploitation tools which have been developed with the help of publicly available source code that can be accessed via the Chinese programming portal.

Threat actors use one of the post-exploitation tool called bespoke Trojan to abusing the Microsoft Accessibility Features to gain SYSTEM-level access on the compromised machine.

Here the FakeNarrator comes into play, attacker Trojanize the Narrator executable to gain the SYSTEM-level access and maintain the persistence.

According to cylance research ” The campaign is characterized by a fair level of stealthiness as the threat actor made a concerted effort to avoid detection. The use of DLL side-loading technique together with a bespoke loader utilizing memory injection ensures that the main backdoor binary is never dropped to the disk.”

Also, the malware using an anti-sandbox technique to evade the detection by antivirus solutions and protected its command and control server communication.

Researchers also find the PcShare backdoor similarities with Tropic Trooper which is actively targeting government institutions and heavy industry companies in Taiwan and the Philippines.

The backdoor is capable of performing some of following remote administration abilities:

“Once the FakeNarrator is enabled at the logon screen via “Ease of Access”, the malware will be executed by winlogon.exe with SYSTEM privileges. Typing the attacker’s defined password will allow the attacker to spawn any executable, also running under the SYSTEM account, at the logon screen” Cylance researchers said.

Its leads to gain the persistence shell on the compromised windows machine without having the valid credentials.