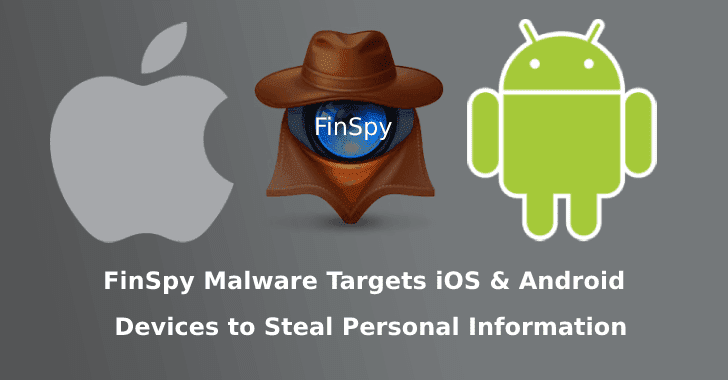 Security researchers from Kaspersky spotted a new campaign in June 2019, targeting mobile device users in Myanmar. The Finspy malware developed by German company Gamma Group and it sells the malware to government and law enforcement organizations around the world.

The malware is capable of stealing sensitive information such as contacts, SMS/MMS messages, emails, calendars, GPS location, photos, files in memory, phone call recordings and data from the most popular messengers such as Whatsapp and Telegram.

FinSpy has proven very successful in operations around the world for several years, and it helps government and law enforcement organizations valuable intelligence has been agencies to gather informations about Target Individuals and Organizations.

It records all device activities that includes VoIP calls, Skype or WhatsApp, signal, Telegram, and other messengers. It can be installed on the jailbroken devices, once installed it unlimited monitoring access to the device.

The malware can be installed by an attacker to the phone if they have physical access, and remotely through SMS messages, emails and WAP Push.

The Android version has similar functionality like iOS, in addition to that, it is capable of gaining root access by exploiting the DirtyCow privilege escalation vulnerability.

As like iOS variant it can de installed physically and remotely, once installed it employees DirtyCow vulnerability to elevate privileges and gains root access.

“The implant provides access to information such as contacts, SMS/MMS messages, calendars, GPS location, pictures, files in memory and phone call recordings. All the exfiltrated data is transferred to the attacker via SMS messages or via the internet,” reads the report.

Kaspersky researchers detected the implants in more than 20 countries, and the “FinSpy developers are constantly working on the updates for their malware. At the time of publication, Kaspersky researchers have found another version of the threat and are currently investigating this case.”

More than 1,300 Android Apps Steals user Data Even After the Permission Denied