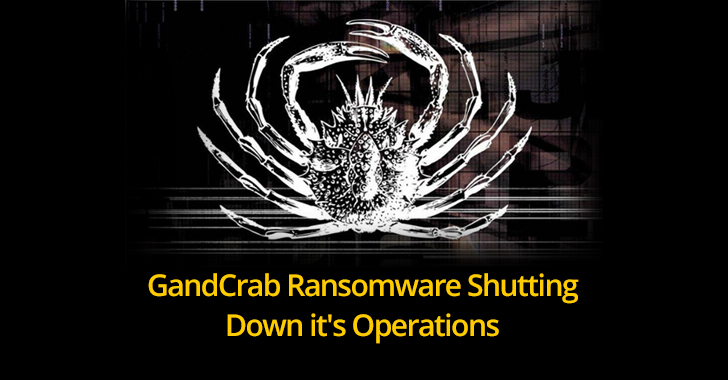 Gandcrab ransomware first spotted in January 2018, and it is the most sophisticated and continuously changing ransomware. The operators behind the ransomware have released five different ransomware versions in more than one year.

The ransomware was distributed through multiple vectors that include malicious spam emails, exploit kits, social Engineering methods, and other malware campaigns.

According to researchers Damian and David Montenegro, the Gandcrab operators have posted that they are to shut down the operations.

Based on the screenshot shared by researchers, it shows that the operators have earned more than $2 billion in ransom payments at an average of 2.5 million dollars per week.

The threat actors behind the ransomware have personally earned more than 150 million dollars per year, and they have cashed out money through legit sources.

The Announcement says they have stopped promoting the ransomware and asked affiliates to stop distribution of ransomware within 20 days.

Also, they urge victim’s to pay the ransom; else the key will get deleted. It is still unclear whether the operators would release the keys after they shut down the operation.

GandCrab v2 – The ransomware was distributed through spam emails, and it appends .CRAB extension to the encrypted files.

GandCrab v3 – Next version comes with the ability to change the desktop wallpaper with ransomware notes. This version of ransomware also appends .CRAB extension to the encrypted files.

GandCrab v4 – the Fourth version appends an extension .KRAB instead of CRAB and it uses the Tiny Encryption Algorithm to avoid detection. It was distributed through fake software crack sites.

GandCrab v5 – Appends 5 character extension on the encrypted files and after the encryption process, it creates an HTML ransom notes that shows files, documents, photos are encrypted.

Ransomware has always been a threat for cybersecurity professionals, with new variants and types developed every day; this has become a never-ending routine for IT, administrators, to prevent them from causing havoc to their business.