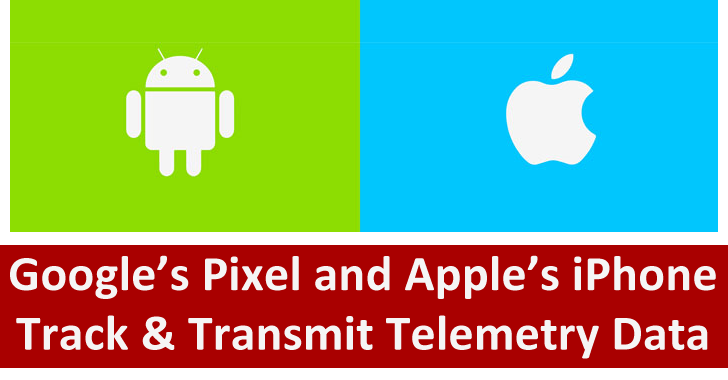 The data and the information of the users obtained by both Google on Android smartphones and Apple on iPhones have been in question for a long time.

Recently, a study which is conducted by Douglas Leith of Trinity College has revealed that Google and Apple transmit telemetry data, notwithstanding the user explicitly opts out.

That’s why there are many users who literally try to limit this data to the maximum and watch for ways to prevent smartphones from monitoring and being able to learn more about us.

The amount of data that both the companies collect from users with different methods has been taken into account, and it passes from the phone to the databases of both companies without us being able to do practically anything to prevent it.

In the maximum number of cases, they are not relevant data, but still, we are already part of a large amount of data globally.

The study by Douglas Leith shows that how Google is capable of receiving data from smartphones even without having logged in with a Google account. While Apple also has access to the users’ data but, when it boasts privacy, they do so for some reason when compared to Android smartphones.

In both cases, iPhone and Android phones collect data from apps and the system itself; here, the most interesting thing is that both of them has the ability to obtain the when the smartphone is completely inactive.

In short, our smartphones are constantly being monitored, even if it does not have access to a Wi-Fi or mobile data connection.

While in the case of Google, it collects up to 1MB of data from Chrome, YouTube, Google Docs, the clock or even the message app as well. And in the case of Apple, it gets around 42KB to 52KB of the data from Siri, Safari, iCloud, and it’s a really notable difference as compare to Google.

So, if we compare this data with the volume of users present in a country like the United States, then we will find more than 1 TB of data in every 12 hours from Google and in the case of Apple, only 5 GB of data.

Google acts against this report

Google informed after this investigation was revealed that the data that is obtained by them is essential to keep their software (Android OS) updated and verify that everything works precisely.

Even Google also asserted that methodologically it’s not ethical and appropriate. Still, Google once again insisted that the data obtained by them is essential to keep the Android OS updated and work properly.