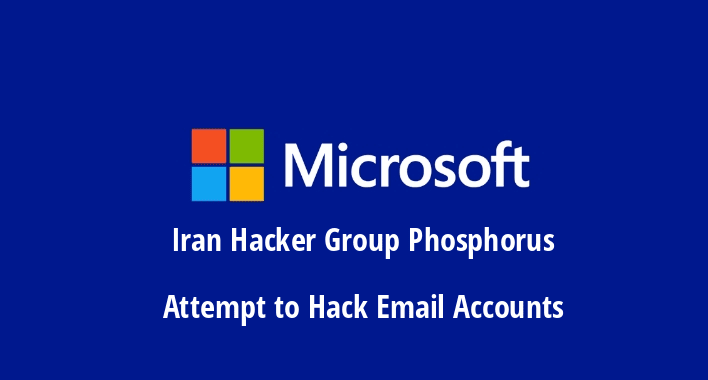 Microsoft issued a serious warning about the recent cyber activities that target the Government and private sector to compromise the high profile email accounts.

The attack believed to be initiated from Iran state-sponsored hacking group called Phosphorus and is linked with the Iran government to perform various cyber-attacks around the world.

Microsoft has been tracking the Phosphorus ( APT 35 or Charming Kitten) threat group since 2013, and the group’s main motivation is to gain access to businesses and government agencies computer systems and steal sensitive information.

During the end of March 2019, GBHackers on Security reported that Microsoft authorized to seize 99 illegal domains operated by the APT 35 aka Phosphorus for various illegal hacking operations.

There are various method followed by the attackers to compromise the email accounts. Phosphorus group spends time to research and gather the information in various ways, including an attempt to reset password or account recovery features.

Threat actors were used a significant amount of personal information to compromise the target, and the attack wasn’t technically sophisticated, but its highly targeted attack to the particular high profile community and they are spending a lot of time for research and gathering information about the target.

Microsoft strongly engaged to all customers to enable two-step verification on their accounts and also said: “People can also periodically check their login history, and we recommend this for journalists, political campaigns staff, and others interested in assuring account security.”

Also, you can read Best 10 Ways To Prevent your email account from Cyber attacks.