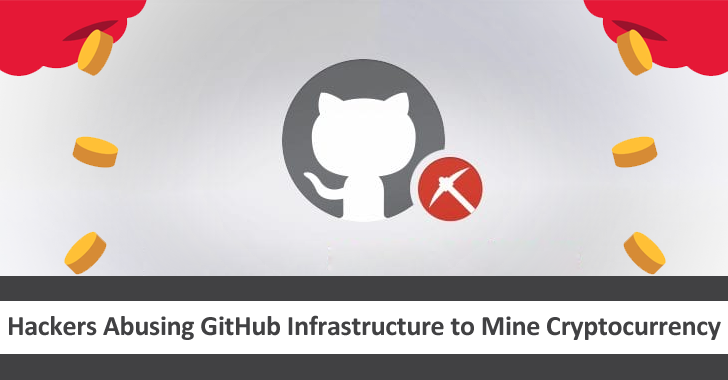 The IT service management portal, GitHub, is actively reviewing a series of attacks, as the threat actors are rigorously abusing the infrastructure and the servers of GitHub to mine cryptocurrency.

However, it’s not the first time when GitHub was attacked or abused, as this kind of activity was being reported since the end of 2020.

According to the report, hackers are abusing one of the well-known features of GitHub to mine. This feature generally enables the users to automatically administer all its required tasks and workflows after an event take place inside the GitHub repositories.

After investigating the whole matter, the Dutch security engineer Justin Perdok pronounced in a report that the threat actors had attacked the GitHub infrastructure to mine cryptocurrency.

The attacks that have been initiated by the threat actors initially involves the separation of the legitimate repository, which was enabled through GitHub actions.

After enabling the GitHub actions, the hackers now injects all kind of malicious code in a separated version. Soon after, the threat actors file a pull request for the primary repository maintainers so that the hackers can later merge the code back.

Apart from this, the hackers have nearly collected up to 100 crypto-miners only with one attack, as reported by the Dutch security engineer Justin Perdok.

Hackers were using strong methods that are putting large influence on GitHub; that’s why the attacks were creating large computational loads that were becoming hard to handle for GitHub’s infrastructure.

However, Justin Perdok asserted that the attackers were still anonymous, and the attacks that were being initiated by the hackers were occurring at a random scale.

After a proper investigation, Justin Perdok recognised that one account is creating hundreds of Pull Requests that are containing malicious code.

But, GitHub was aware of this activity, and they are still actively investigating the attacks; and soon, they will publish further detailed information on the matter.

As we said above that this isn’t the first time when GitHub gets abused, and there is not only GitHub, as there are many other companies that have encountered such attacks. That’s why GitHub is still investigating the attack to know all its core information.