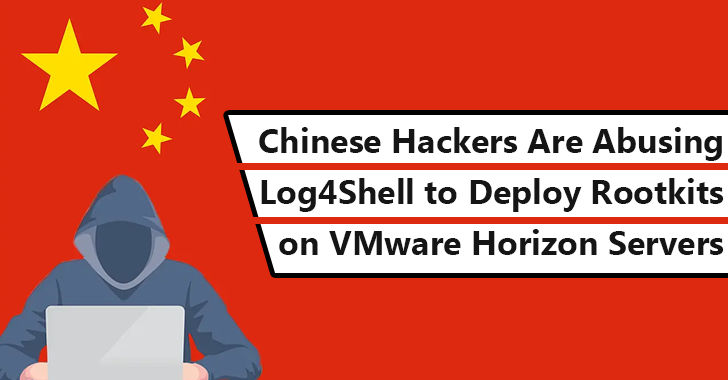 A new rootkit named Fire Chili has been deployed on VMware Horizon servers by the Chinese hacking group Deep Panda using the Log4Shell exploit to steal certain sensitive data from the targeted systems.

Using a certificate issued by the following departments, the rootkit evades detection by AV tools:-

“The nature of targeting was opportunistic insofar that multiple infections in several countries and various sectors occurred on the same dates.”

The Chinese cyber espionage group, “Deep Panda” is one most popular notorious APT groups that have been active for several years and primarily performs cyber-espionage operations.

In 2017, the FBI arrested one of the members of this Chinese APT group for exploiting three zero-day vulnerabilities, and they continue to investigate his arrest.

Upon reviewing customer alerts and telemetry it has been discovered that several instances of Log4Shell exploiting vulnerabilities in vulnerable VMware Horizon servers to gain access to victim networks.

This attack chain began by downloading a chain of scripts, followed by the execution of a malicious DLL, then launching a PowerShell process.

There is no doubt that the backdoor has capabilities similar to the RAT’s of Gh0st, however, there are a few differences. As opposed to Gh0st RAT which transmits zlib-compressed communication, its C2 communications work uncompressed.

It was reported by Fortinet that a number of hacking groups are using the new ‘Fire Chili’ rootkit in recent Deep Panda campaigns to evade detection and hide their activities.

Recent Deep Panda campaigns in which hackers tried to hide and evade detection used the new Fire Chili rootkit. These attacks use valid digital certificates to sign the rootkit and prevent it from being detected by anti-virus software. And not only that even the threat actors can also load the rootkit into Windows without any warnings and being discovered.

In order to ensure that the Fire Chili does not run in a simulated environment, all the basic system tests are performed upon launch. Furthermore, it determines whether kernel structures and objects are present that can be abused.

As of April 2017, Windows 10 Creators Update is the most recent operating system version supported by Fire Chili. On the compromised system running any AV tool, the primary aim of this rootkit is to hide the following things:-

The cybersecurity analysts have claimed that the threat actors have targeted the victims who are from the following sectors:-

At this point, it is also unclear why these two sets of tools are linked to two separate groups. As a result, with the use of stolen certificates and C2 infrastructure, there is the possibility that the groups’ developers are sharing resources amongst themselves.

However, the groups that primarily focus on cyber-espionage operations instead of other financial profits are usually backed and operated by government agencies.