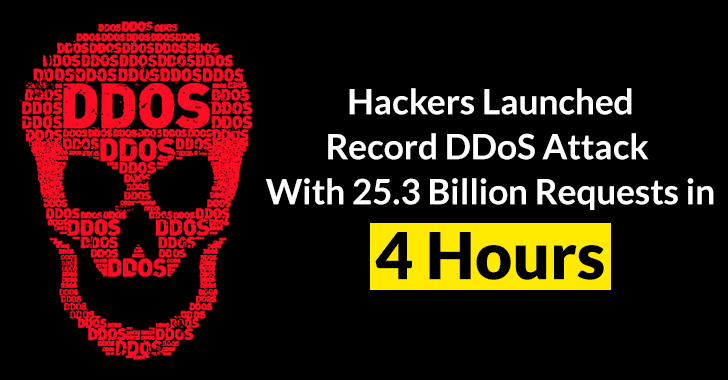 On the day of June 27, 2022, Imperva, an internet cybersecurity company mitigated over 25.3 billion requests as part of a DDoS attack. A new record in the field of DDoS mitigation has been set by its solution.

A Chinese telecommunications company that has not been named was targeted in the attack. This furious attack reach a peak level of 3.9 million RPS, and it lasted for four hours on end.

To send multiple requests over individual connections simultaneously, attackers used HTTP/2 multiplexing, which is the ability to combine multiple packets into one package.

There is no shortage of attacks that Cloudflare mitigated in June, and this attack set a record of 26 million RPS. However, Imperva’s attack lasted for an unusually long period of time, which stands in contrast to Cloudflare’s record-breaking attack in June.

During the attack, the rate of RPS started at 3.1M, and remained about 3M until the attack was over. After reaching a peak of 3.9M RPS, the attack slowed down for several minutes before returning to full strength for an additional hour, at which time it peaked at 3.9M RPS.

A DDoS attack typically lasts no more than an hour in about one out of ten cases.

A massive botnet was in control of the DDoS attack and it was spread across 180 countries, with most IP addresses originating from the following countries:-

The botnet consists of over 170,000 IP addresses distributed throughout the world, including the following:-

However, no name or identification was given for the botnet, but from what has been observed, it doesn’t appear to be “Mantis.” The Mantis relies primarily on powerful servers and virtual machines to run its operations, rather than a large number of devices.

Moreover, it is estimated that the number of devices that are used against Imperva’s client is closer to the counts of Mēris.