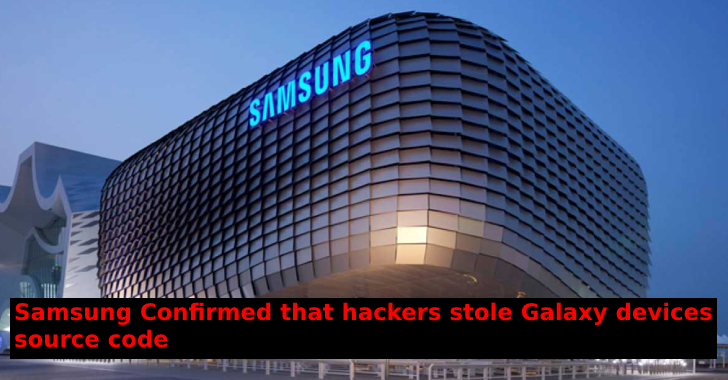 The Tech giant reported that their systems were compromised by the hacker group LAPSUS$ who were also responsible for the Nvidia data breach. On February 28, hackers gained access to Samsung’s confidential data including source code for their Galaxy smartphones.

However, the company stated that a data breach occurred but no data relating to the company’s employees and consumers were affected. But the telegram channel of the hacking group LAPSUS$ were posted with nearly 190 GB of data stolen from Samsung.

The message also stated that this was from Samsung containing source code and other security related information of Samsung Galaxy smartphones. This confirms that this group was responsible for the data breach.

Reports state that the posted data also contained information about the algorithms for samsung biometric authentication along with bootloader source code that can be used to bypass certain operating system controls.

Samsung said, “There was a security breach relating to certain internal company data. According to our initial analysis, the breach involves some source code relating to the operation of Galaxy devices, but does not include the personal information of our consumers or employees. Currently, we do not anticipate any impact to our business or customers. We have implemented measures to prevent further such incidents and will continue to serve our customers without disruption”

Previously, this group was also responsible for stealing proprietary information from Nvidia. Initially, Nvidia suspected that it might be a ransomware attack. But tech experts at Nvidia confirmed that no malicious software was found.

Instead, the hacking group stole confidential data from the company and threatened to publicly release them unless their demand was met.

The demand was to release the restrictions of using Nvidia graphics processors for crypto mining. Nvidia rejected this demand which made them release Nvidia’s confidential data to the public.