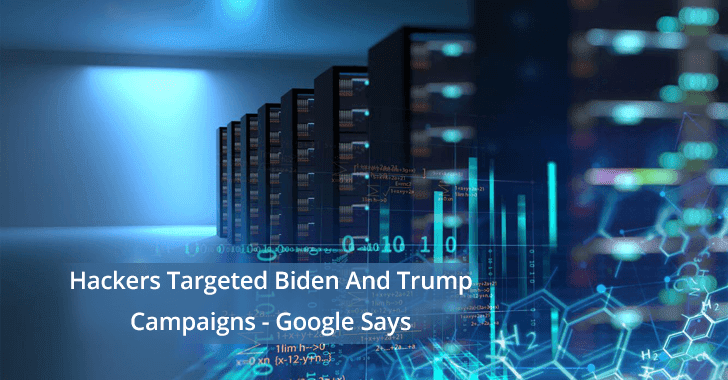 Google’s threat analysis chief Shane Huntley said that “If you are working on a campaign this election cycle, your accounts may be targeted.”

Huntley also confirms that there was “no sign of compromise” of either campaign and recommend all users involved in campaigns to use the best protection like two-factor authentication or other Advanced Protection.

Google has notified the users of targeted and informed law enforcement agencies about the new attack campaign.

The groups involved in the attacks are APT31 and APT35. The APT31 group tied with the Chinese government and they share several attributes, tactics, and techniques.

APT35 backed by the Iranian government known for targeting the U.S. and the Middle Eastern military, diplomatic and government personnel, organizations in the media, energy, and defense industrial base (DIB), and engineering, business services, and telecommunications sectors.

“From candidates to canvassers, every member of a campaign should understand how to add extra layers of security and protect their information. We recommend everyone associated with political campaigns enroll in our Advanced Protection Program, which bundles all our strongest Google Account security options together.”

Google has not provided any details other than Huntley’s tweets, the tweets show the sign of how sensitive Americans have become to digital espionage efforts.

“We are aware of reports from Google that a foreign actor has made unsuccessful attempts to access the personal email accounts of campaign staff,” said the Biden campaign.

“We are vigilant about cybersecurity and do not discuss any of our precautions,” a Trump campaign spokesperson said.