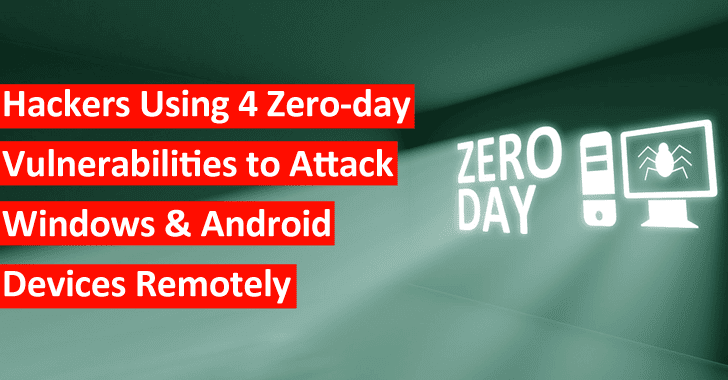 During a regular investigation, the security experts at Google have detected a major hacking campaign in early 2020. The experts have uncovered a series of complicated attacks by using the zero-day flaws upon Windows and Android platforms.

Google announced a six-part report recently and detailed the flaws, and they have also mentioned all the attacks that were being carried out through two exploited servers that deliver different exploit chains by watering hole attacks.

However, the threat actors have delivered the exploits with the help of watering-hole attacks, and these attacks trade-off sites frequented by the targets of interest and tie the sites with code that installs malware on visitors’ devices.

Extractions from the exploited servers

After investigating the flaws, the Google experts have extracted some of the servers that are being exploited, and here we have mentioned them below:-

There are four zero-day exploits that are detected by the experts, and here we have mentioned them below:-

Apart from this, Google has also affirmed a report along with its introductory blog post, and the report describes all the details of Chrome’s “infinity bug” that was used in the attacks, the Chrome exploit chains, and the Android exploit chains, post-exploitation steps on Android devices, and the Windows exploit chains.

However, all the provided details should allot other security merchants to identify the attacks on their customers and track down all the victims and other related attacks that were carried out by the same threat actor.

The experts asserted that whoever was behind the attacks has designed the exploit chains to be practiced modularly for performance and flexibility, and it has been showing clear evidence that they are specialists in what they do.