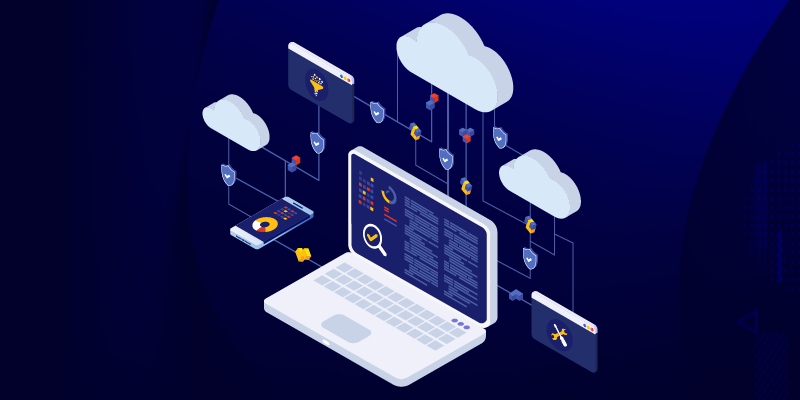 Testing is arguably one of the most important phases of a software development life cycle. The abstract level of testing needs to be known before tests can be designed and run.

White box testing is performed on the internal structure, design, and source code, making it the lowest level of testing. Black box testing, on the other hand, entails evaluating functionality without knowing the internal code structure of the application. Because the internals of the program are not inspected, this sort of testing is on the higher level.

The correlation between testing and security is not new, it goes hand-in-hand. Tests are carried out on parts of the application that are associated with security. This is broadly known as security testing (security + software testing).

So, let’s look at some industry-standard and high-level ways to improve application security.

It is amazing to see how the process of testing can begin even before the code is compiled. It does not necessarily require the code to be compiled and is able to give real-time feedback as the codebase grows. This helps developers uncover vulnerabilities early in the development life cycle and rectify issues without having to move them to later stages.

Some SAST tools are able to point out the exact location of the vulnerability, and also suggest common fixes. An SAST infrastructure can be built up with fine-tuned configurations in accordance with the application architecture, and the tool’s analysis results can be triaged and remedied based on the threat or exposure level.

Testing is a continuous process that is carried out until everything is in working order. Any component, function, or module added, removed, or updated necessitates regressive testing of the codebase and individual components. This ensures that the added/updated code is compatible with the existing system and does not cause any breakage or create unwanted effects. This method can be improved by incorporating change-driven tests into the continuous integration pipeline.

Of course something can still go wrong at any point. But, what will go wrong? Neither the developer nor the tester can be certain. This is because the team has preconceived notions about the development process, primarily because they rarely look at things from an outsider’s perspective.

A security audit should be undertaken to reduce such mishaps, but that also does not ensure flawless protection. There’s always the risk that a little fault in the code could lead to glaring errors that escaped everyone’s notice during the development stage. As a result, some contingency plans must be in place to deal with such circumstances if things go wrong.

There’s no such one “holy grail” of a tool that provides a one-stop solution for all problems, of course. Different types of testing require different tools. A vulnerability test cannot be replaced with pentesting. The best way to realize security strength is by performing mock attacks. This gives you an idea of how an attack could be carried out, making it possible to write better test cases.

Data is undoubtedly the most valuable asset of any application, be it for storing, analysis, or transmission. Data should be kept as safe as possible to prevent intruders from corrupting or manipulating the data. With many available encryption methods, one could adapt their code to using encryption at various levels in the application depending on the priority and the data associated with it.

While security and testing are always changing, it’s crucial to stay on top of things and keep up with current trends. What works best now may be of less importance in a decade’s time. Having said that, the techniques listed above will assist you in developing secure applications that involve the appropriate testing. Make sure to put these into practice to get the most out of your application.

How to Spot Your Biggest Security Threat? Just Look out for the Humans