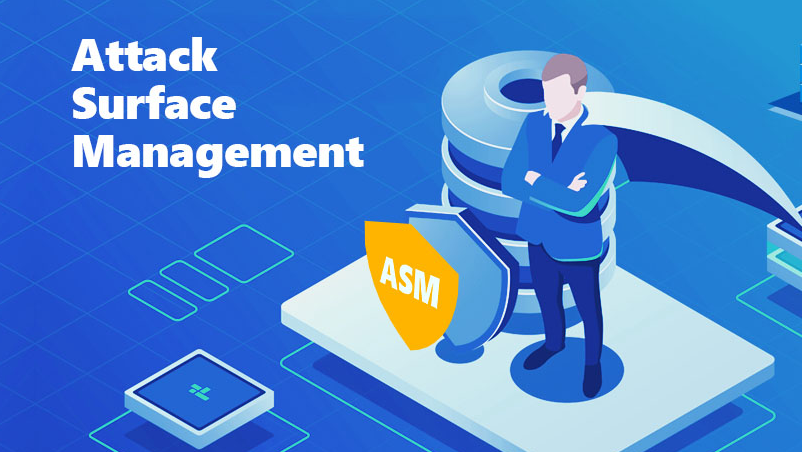 Most organizations already have some cybersecurity systems in place.

The usual arsenal includes antivirus programs to detect and mitigate malware, filters for possible phishing attacks via email, and VPNs that ensure safe and private networks while working from home.

They work great for detecting specific outside threats – such as attempts to attack your organization with malicious links and malware.

However, these systems don’t account for the attacks that occur due to leaked sensitive data regarding your company. If found, exposed credentials or inside company intel allows access to your systems. Not only can this have financial implications, but it can damage company reputations that have taken years to build.

One way to tackle possible social engineering threats and find company data that has already been exposed is Attack System Management.

How does this system work, and against which threats is it effective? Does your organization need it?

What Is Attack Surface Management?

Attack Surface Management is a cybersecurity system that finds vulnerabilities in the IT infrastructures just as a hacker would – by approaching it as an attack surface.

With continual scans and analysis, it aims to discover any exposed assets or exploitable resources before hackers do.

By approaching cybersecurity as a cybercriminal instead of a defender, ASM has a greater chance of finding flaws in the system.

Discovery includes scanning for possible leaked login information, shadow IT, or any type of organizational intelligence.

This first step is vital in that it tracks any program not approved by the IT team, exposed credentials, or knowledge of the organization that requires a higher level of access. Getting any of this information can lead to a cyberattack.

The analysis includes deciding whether what they have detected in the discovery phase is a high-level threat that can lead to social engineering attacks.

The second step reviews any misconfiguration or potentially exploitable resources that have been leaked.

Mitigation refers to dealing with potential security risks. This step removes flaws and exposed data that has been detected in the scanning phase and confirmed to be a security risk with analysis.

Why Does Your Business Need ASM?

Within your IT infrastructure, everything is rapidly changing. What may not be a vulnerability in one minute, may become a liability in the next.

For example, your employees and clients are logging in and out of your systems and your system is undergoing regular updates. Any minor change can present an opening for a possible cyberattack.

Your team also may be using possible malicious apps, connecting to the system with devices that aren’t protected as they work from home, or using infected external drives when saving data they need to work on later.

What’s more, cybercriminals are getting savvier by the minute.

Although they still use the old and tested methods that have been working for decades, they also continuously find new ways to attack your systems to obtain sensitive data.

MITRE ATTACK Framework, a database of the old and new techniques hackers use to perform attacks, shows this.

The growing library of recent techniques hackers use to perform attacks is being updated daily with new tactics that hackers use to get into systems and obtain sensitive data.

The reality is, you can’t predict what may be the next vulnerability. What you can do is learn to approach your cybersecurity as a cybercriminal from the cases and techniques depicted in the MITRE Framework.

ASM automatically and continually checks possible exposed data to ensure that there are no new vulnerabilities in your ever-changing infrastructure.

What Does ASM Protect You Against?

Attack surface management primarily protects you against social engineering attacks. This type of attack is successful because it uses assets that have already been leaked online or that can easily be obtained from vulnerable parts of your system.

It targets individuals within the organizations who lack proper cybersecurity training and aren’t aware of the possible threats when opening a phishing email or downloading seemingly harmless apps.

ASM is most effective with threats that result from human error. Therefore, it scans for leaked credentials that may have been hacked because of weak passwords and any software that isn’t approved by the IT department.

ASM Is One Step Ahead of Hackers

Attack surface management discovers possible vulnerabilities by thinking like a hacker. This means perceiving your IT infrastructure as a possible source of attack.

ASM detects information and assets that have been leaked, data that is easily obtainable within the organization, and the use of services that may not be approved by your cybersecurity team.

Therefore, it protects your organization against one of the most dangerous cyber threats today – social engineering attacks. Has your company covered all its cybersecurity bases?

How Can You Protect Your Digital Business? Cybersecurity Is A Must In Today’s World