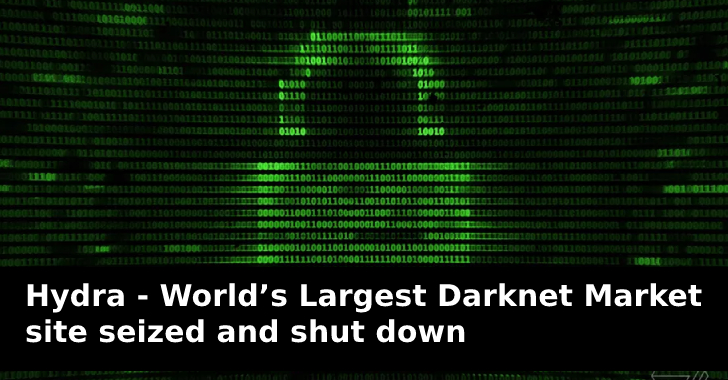 Delivery methods of illicit goods were conducted in a sophisticated manner. Hydra buried or dropped illicit materials in many physical locations.

When they are purchased, buyers are given the location of the goods and they are retrieved. Purchases were made mostly through virtual currencies.

Many variants of Ryuk, Sodinokibi, and even Conti ransomware were mostly sold through the Hydra marketplace. OFAC (Office of Foreign Assets Control) estimated nearly $8 million were received in hydra’s virtual currency accounts.

The U.S. Department of Treasury gave out a statement that “The global threat of cybercrime and ransomware that originates in Russia, and the ability of criminal leaders to operate there with impunity, is deeply concerning to the United States,” said Secretary of the Treasury Janet L. Yellen. “Our actions send a message today to criminals that you cannot hide on the darknet or their forums, and you cannot hide in Russia or anywhere else in the world. In coordination with allies and partners, like Germany and Estonia, we will continue to disrupt these networks”.

Regarding their law regulations, they also stated that “Hydra is being designated pursuant to E.O. 13694, as amended, for being responsible for or complicit in, or having engaged in, directly or indirectly, cyber-enabled activities originating from, or directed by persons located, in whole or in substantial part, outside the United States that are reasonably likely to result in, or have materially contributed to, a significant threat to the national security, foreign policy, or economic health or financial stability of the United States and that have the purpose or effect of causing a significant misappropriation of funds or economic resources, trade secrets, personal identifiers, or financial information for commercial or competitive advantage or private financial gain”.

Garantex is also shut down

Garantex conducts the majority of its business in Moscow, notably Federation Tower, and St. Petersburg, Russia, in which some sanctioned virtual currency exchanges have also operated.

Over $100 million in transactions are associated with threat actors and darknet markets, according to an analysis of known Garantex transactions, including over $6 million from the Russian RaaS gang Conti and $2.6 million from Hydra.

The report stated that, “Garantex is being designated today pursuant to E.O. 14024 for operating or having operated in the financial services sector of the Russian Federation economy.”

The U.S. Department of Treasury has published a complete report about their actions towards this action.