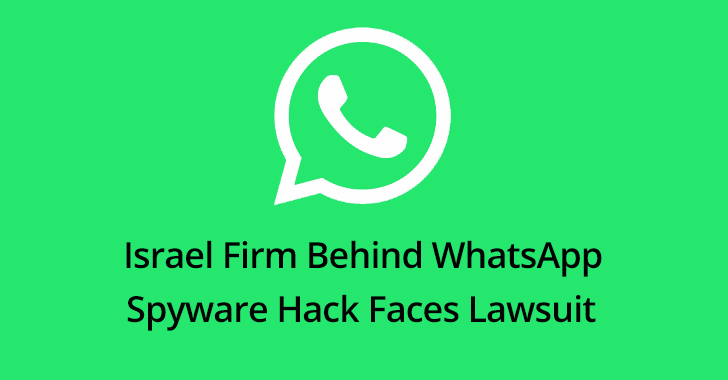 The Israel firm linked with WhatsApp Spyware Hack to face a lawsuit filed by human rights NGO Amnesty International. The vulnerability was patched by WhatsApp last week, but still, it is not clear how many users affected by the attack.

Whatsapp said that the spyware attack was specifically targeting human rights groups, a simple Whatsapp call an attacker could exploit the bug can deploy spyware in the targeted device.

Amnesty submitted a lawsuit claims that “Staff of Amnesty International have an ongoing and well-founded fear they may continue to be targeted and ultimately surveilled.” Amnesty also petition that for revocation of NSO Group’s export license.

NSO claims that it sells the tools only to the law enforcement and intelligence agencies for tracking criminals and terrorists. The NSO group was founded in 2010, which supplies surveillance software for government agencies.

NSO said, “it would investigate any credible allegations of misuse of its technology which is solely operated by intelligence and law enforcement agencies.”

The lawsuit claims that “NSO Group’s surveillance products and the foreseeability of their misuse when sold to governments that have a history of violating the rights of human rights defenders and that lack adequate legal frameworks for, and institutional oversight of, the deployment of digital surveillance software.”

The bug was swiftly fixed last week, successful exploitation of bug leads to install of Pegasus spyware on the targeted device, and it allows an attacker to extract all the data that includes contacts, photos, call history and previous text messages regardless of encryption.

Telegram Founder Pavel Durov said, “WhatsApp Will Never be Safe, Looking back, there hasn’t been a single day in WhatsApp’s 10-year journey when this service was secure. That’s why I don’t think that just updating WhatsApp’s mobile app will make it secure for anyone.”