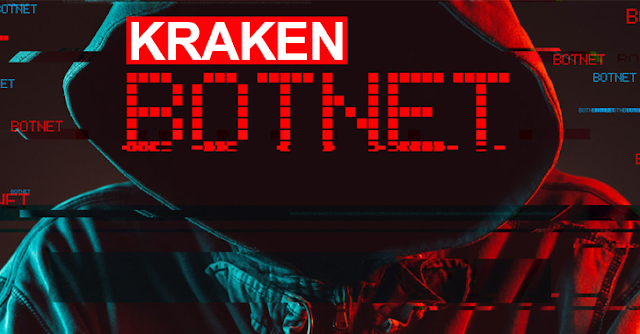 The cybersecurity researchers at ZeroFox Intelligence have recently discovered a new Golang-based botnet which is dubbed Kraken. This new botnet is under active development and exploited by the threat actors to deploy backdoors to steal sensitive data from the Windows hosts.

Initially, this botnet, Kraken has been detected in late October 2021 and after its visibility, it’s been discovered that the early variants of the Kraken botnet are based on open source code that was uploaded to GitHub.

However, after the detection, it’s not clear yet whether the GitHub profile where the early variants were uploaded belongs to operators of the Kraken botnet or the code was used to kickstart their development only.

On further analysis, it’s been identified that the Kraken botnet offers some certain key features and abilities, and here we have mentioned all of them below:-

Since Kraken uses SmokeLoader to install other malicious software, so, the operators of Kraken easily spread this botnet in self-extracting RAR SFX files that are downloaded with the help of SmokeLoader malware.

While the self-extracting RAR SFX files contain the following ingredients:-

Apart from this, currently, the SmokerLoader malware directly downloads the current version of the Kraken botnet, and here all the Kraken binaries that are UPX-packed remain protected by the Themida packer.

Here we have mentioned below all the crypto wallets targeted by the Kraken botnet:-

Here’s what the cybersecurity analysts at ZeroFox Intel have stated:-

“It is currently unknown what the operator intends to do with the stolen credentials that have been collected or what the end goal is for creating this new botnet.”