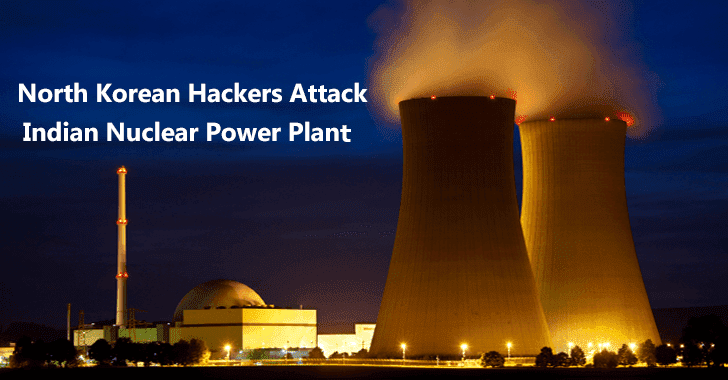 The news circle’s on twitter for the last couple of days after the security researcher Pukhraj Singh notified about the incident that took place.

Pukhraj Singh said that “Domain controller-level access at Kudankulam Nuclear Power Plant. The government was notified way back. Extremely mission-critical targets were hit.” He also added that he notified the incident to National Cyber Security Coordinator( NCSC) on Sep 4.

On September 23, Kaspersky reported about the DTrack spy malware, the malware attributed to Lazarus hacker group from North Korea.

Training Superintendent and Information officer of Kudankulam Nuclear Power Plant (KKNP) said that the power station network was not connected to the Internet, so the cyberattack is not possible.

The report is almost correct, Pankaj tweeted about the compromise of the domain controller and not the Industrial control system.

Domain controller (DC) – It is the server that handles security authentication requests within a Windows domain network.

Dtrack malware designed to spy on the victim machines, it includes following payload executables to extract sensitive information from the infected machines.

The malware also includes additional modules that allow an attacker to gain remote access to the system and can upload/download or execute files.

Here is the Dtrack data collection break down.

Congress MP Shashi Tharoor demanded an explanation from the government on Twitter: “This seems very serious. If a hostile power can conduct a cyber attack on our nuclear facilities, the implications for India’s national security are unimaginable. The Government owes us an explanation.”

Initially, it was denied, but some senior officials said that an internal audit confirmed that an incident occurred a d the hackers gained access to the plant’s administrative network.

NPCIL released a statement yesterday confirming the cyber attack and the infected computer belongs to the user who connected to the Internet of administrative purposes.

“Identification of malware in the NPCIL system is correct. The matter was conveyed by CERT-In when it was noticed by them on September 4, 2019.”

By compromising the IT infrastructure attackers may try to penetrate to the other computer connected within the network and to steal information such as access controls, safety measures, and other details.

Nowadays Cybersecurity is a vital part of the process and infrastructure industry operations. From the past few years, cyber-attack tactics have increased and massive data is being grabbed and misused by many black hat people across many industries.