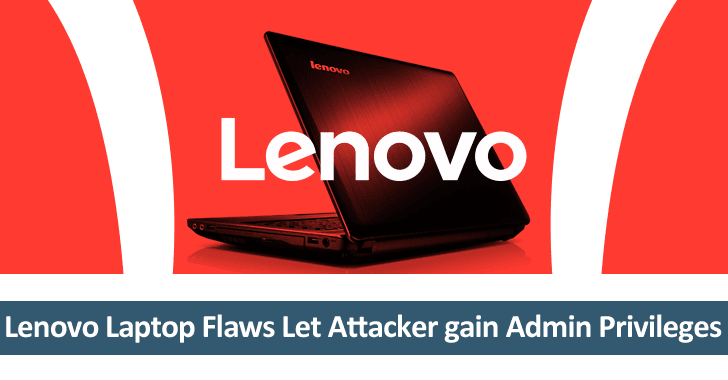 Privilege elevation bugs have been detected recently by the security analysts at NCC Group in the ImControllerService service of Lenovo laptops including the top models like ThinkPad and Yoga.

The ImControllerService component of all Lenovo System Interface Foundation versions below 1.1.20.3 are vulnerable to this privilege elevation flaw.

The flaws that are affecting the Lenovo laptops are tracked as:-

On October 29, 2021, these findings were reported by NCC Group to Lenovo, in response, on November 17, 2021, Lenovo released the security updates, and on December 14, 2021, they published the pertinent advisory.

In Lenovo laptops to communicate with universal apps like Lenovo Companion, Lenovo Settings, and Lenovo ID the System Interface Foundation Service helps the laptops to do so.

This service is one of the essential services offered by Lenovo that comes preinstalled by default on all the Lenovo laptop models. So, if this service gets disabled then the default applications of Lenovo will not work adequately.

The ImController requires to convey all the files and to install them from the Lenovo servers, it also conducts the child processes, and completes system configuration and maintenance tasks as per the requirement.

The SYSTEM privileges are the rights that are mostly desired by the users. It is present in the windows, and it generally enables the users to carry out all types of commands on their systems.

Once the user gets full control over the SYSTEM privileges, they can completely control the system and that’s why they can also perform the commands that are present in the system device.

To mitigate this flaw the users must have to update their software to the latest version, those who have Lenovo laptops or desktops, and are having the ImController version 1.1.20.2 or older version.

Here to do so you have to follow a few simple steps, that we have mentioned below, and by doing so will eventually help the users to identify that what version they are running on:-

Officially removing the “ImController component,” or the “Lenovo System Interface Foundation” is not recommended since removing these components will make your Lenovo laptop or system behave abnormal.