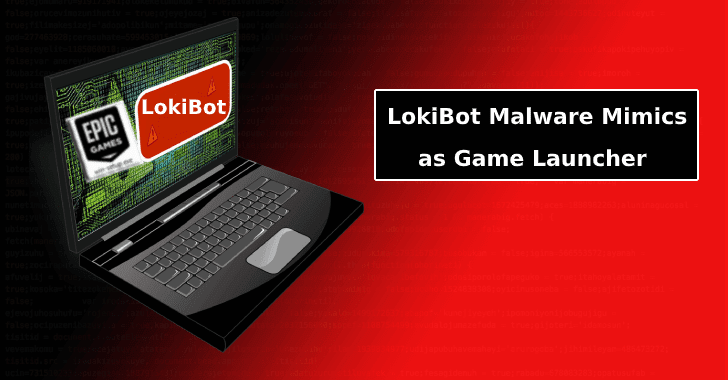 Lokibot trojan malware emerges first in the year 2015, it is known for stealing sensitive details such as usernames, passwords, bank details, and cryptocurrency wallets.

The threat actors behind the malware continue to add various capabilities over the years and it is distributed through spam emails, SMS, Skype, etc.

Lokibot trojan malware impersonates as a popular game launcher to trick users into executing malware on their machines.

To evade detection it uses a compiled C# code file, which will get executed after the delivery, by using this technique attacker can evade detection.

The infection starts with the execution of the fake installer built using NSIS (Nullsoft Scriptable Install System) uses the logo of Epic Games to make users believe it is legitimate.

Upon execution of the installer, it drops tow files C# source code file and a .NET executable. The .NET executable is responsible to read and compile the dropped C# code file.

According to a Trend Micro report, the LokiBot uses two evasion techniques, “First, it makes use of C# source code to evade defense mechanisms that solely target executable binaries. Also, it also uses obfuscated files in the form of the encrypted assembly code embedded in the C# code file.”

The final payload is the dangerous Lokibot, which can cause serious losses to privacy and financial data.

The presence of Lokibot malware in the system is hard to detect, it executes silently without affects system performance.