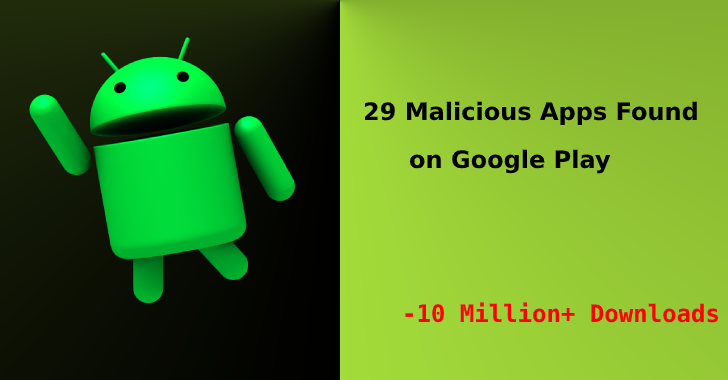 Google has removed 29 malicious adware apps that have more than 10 million downloads from the Google play store. These malicious apps are listed as camera filter, makeup apps, and apps used to create multiple accounts.

Among other apps “Multi app multiple accounts simultaneously” is the most downloaded app, it alone has more than 5 million downloads. The clear purpose of the authors behind these apps is to make money by infecting the user’s device.

According to quick heal report, the malicious apps are separated into two categories, 24 in HiddAd category and 5 Apps listed under Adware category.

Once these apps get installed in the device, after the first launch it creates a shortcut on the home screen and hides the icon from the home screen to avoid getting uninstalled.

These apps launch full-screen ads on the device screen and they continue to display the ads even the device in an idle state or the app is closed.

Researchers from Quickheal observed that HiddAd Apps has the following code to display the ads randomly in a certain time interval, based on the app installation time.

To hide the app icons they use setComponentEnabledSetting method, this is the package used to enable or disable any application’s components.

These apps fall into the general adware category, they continue to show heavy Advertisement on user’s mobile, interrupt workflow, drain out the battery and even brick the devices.

One of such adware observed by Quick Heal shows various functions including flash-light, gallery, etc. But once these apps are opened they continue to show full-screen ads without options to close.

Even if the apps are closed they continue to re-open immediately and it cause DoS like situation, it won’t allow users to perform any other task.

This adware is hard to detect, by having an Ad Blocker tool in place, you can stop these annoying ads, sometimes these ads may also result in malware installation.

Earlier this week 25 Malicious Apps has been removed from the official Google Play.