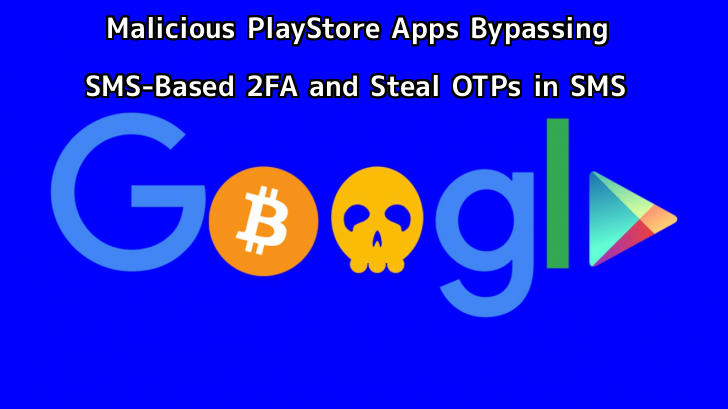 Google recently restrict other apps to use of high risk or sensitive permissions, including the SMS or Call Log in March 2019 that leads malware and credentials stealing apps lost its permissions.

BtcTurk is a Turkish cryptocurrency exchange; its official mobile app is linked to the exchange’s website and only available to users in Turkey.

Unlike other malicious apps that are intercepting SMS messages to bypass 2FA protection on users’ accounts and transactions, these apps stealing the OTP from the notification bar and also it cleverly dismiss the notification to divert victims from noticing fraudulent transactions happening.

First App “BTCTurk Pro Beta” was uploaded to Google Play on June 7, 2019, and the App was installed nearly 50 users.

Within the next five day, another malicious app was uploaded in Google play store with similar tactics of the first one.

Threat actors later removed the second app and uploaded another app with the same functionality with the name of “BTCTURK PRO” with the same Icon and same developer name.

Once the app installed on victims device, initially it requests permission named Notification access, once allowed, it gains an ability to read all the notifications displayed by the other apps and dismiss the notification.

Since the notification access permission was introduced in Android version 4.3 (Jelly Bean), all the higher version of 4.3 is reportedly affected, which means it could affect around 90% of Android devices.

Once the permission granted by the user, the app instantly displays the fake login page and request to BtcTurk login credentials.

According to ESET research, After the user entered the credentials The English translation of the message is: “Opss! Due to the change made in the SMS Verification system, we are temporarily unable to service our mobile application. After the maintenance work, you will be notified via the application. Thank you for your understanding.”

In the background, stolen credentials are sent to attacker server, and also the developer of the malicious apps target only notifications from apps whose names contain the keywords “gm, Yandex, mail, k9, outlook, SMS, messaging”,

“The displayed content of all notifications from the targeted apps is sent to the attacker’s server. The content can be accessed by the attackers regardless of the settings the victim uses for displaying notifications on the lock screen.” ESET reported.