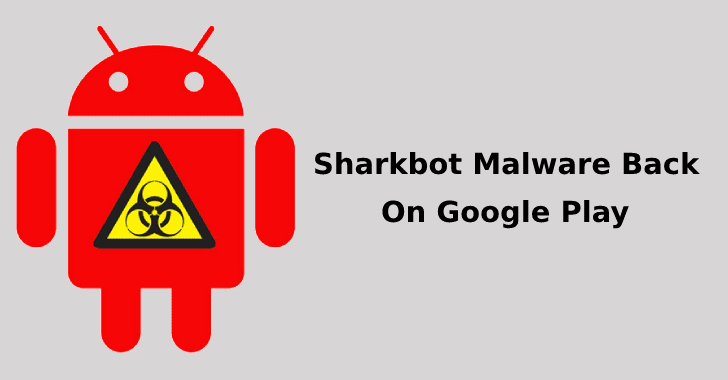 Fox IT has observed an upgraded version of the SharkBot malware active in the Google Play and dropping a new version of Sharkbot. This new dropper requests the user to install the malware as a fake update for the antivirus to stay protected against threats.

The earlier variants of the dropper doesn’t depend on Accessibility permissions to automatically to install the Sharkbot malware, instead the new versions asks the victim to install the malware.

Upgraded Version of the SharkBot Malware

The malware is active since October 2021, SharkBot is a banking Trojan, that allows stealing banking account credentials and bypass multi-factor authentication mechanisms.

Experts at Cleafy, an Italian online fraud management and prevention company, found SharkBot in October 2021 and in March 2022, NCC Group found the first apps carrying it on the Google Play.

Researchers at ThreatFabric noticed SharkBot 2 that came with a domain generation algorithm (DGA), an updated communication protocol, and a fully refactored code. On the 22nd of August 2022, Fox-IT’s Threat Intelligence team found a new Sharkbot sample with version 2.25; communicating with command-and-control servers. This version brings in a new feature to steal session cookies from the victims that logs into their bank account.

According to the blog post from Fox IT, “Abusing the accessibility permissions, the dropper was able to automatically click all the buttons shown in the UI to install Sharkbot. But this not the case in this new version of the dropper for Sharkbot.”

In this case, the dropper will make a request to the C2 server to directly receive the APK file of Sharkbot. It won’t receive a download link alongside the steps to install the malware using the ‘Automatic Transfer Systems’ (ATS) features, which it normally did, say the Fox IT team.

The dropper the POST request body with a JSON object containing information about the infection and body of the request is encrypted using RC4 and a hard coded key. Now the dropper will request the user to install this APK as an update for the fake antivirus.

“To make detection of the dropper by Google’s review team even harder, the malware contains a basic configuration hard coded and encrypted using RC4”, Fox IT.

In SharkBot 2.25, the overlay, SMS intercept, remote control, and keylogging systems are still present but a cookie logger feature has been added on top of them. This new feature allows Sharkbot to receive an URL and a User-Agent value – using a new command ‘logsCookie’, these will be used to open a WebView loading this URL – using the received User-Agent as header.

Therefore, researchers say the list of targeted countries has developed including Spain, Australia, Poland, Germany, United States of America and Austria. Particularly, the new targeted applications are not targeted using the typical webinjections, but they are targeted using the keylogging – grabber – features.