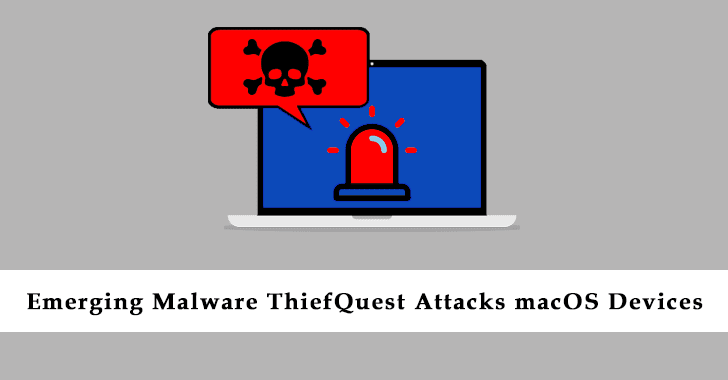 ThiefQuest is an exclusive malware for macOS, it has begun circulated on online piracy websites and digital download repositories. The malware is also known as EvilQuest.

The malware has encryption capabilities, but encryption is not its primary attack method, it aims to exfiltrate data and keylogging.

The malware known to be spreading through pirated versions of popular mac software shared on popular torrent sites. It was first spotted in the wild by Dinesh Devadoss, security research for K7 Lab.

The malware is known for its advanced anti-detection capabilities, including its ability to check for running on a virtual machine, checks for security tools, and antimalware solutions.

Security researchers from Trend Micro observed the new ThiefQuest variant emerges with stronger capabilities and several changes when compared with the previous version of the malware.

“The new updates are not called by the main code of the malware, and through further investigation, we discovered that the authors have implemented a new routine for computing and calling the new functions’ addresses.”

The malware includes some important functions such as C&C update, used for getting updated settings from the C&C server.

Another notable function is the run_audio and run_image, utilized to save a target file into a hidden .m4a sound file or .jpg image file respectively.

The malware also downloads some Python dependencies and additional files, the malware authors used nested Lambda function abused from a tool to make the script difficult to read.

You can find the list of malware samples observed by researchers, some of ThiefQuest exhibit ransomware capabilities, it is interesting to note that compared with some platforms, fewer ransomware detections are found to affect macOS.

The attack shows macOS is not exempt from such attacks, not only ransomware, some other types of attacks target macOS.