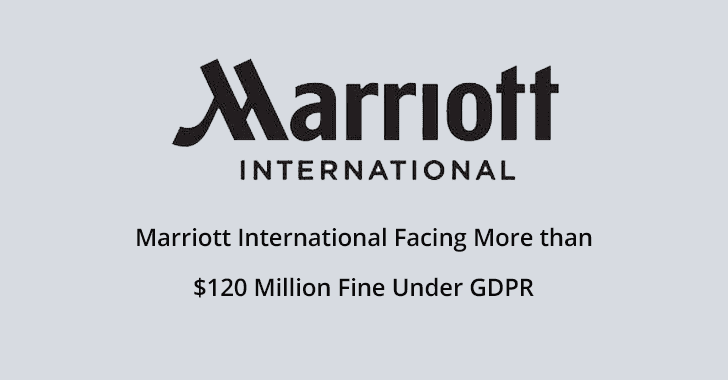 The fine imposed to Marriott for breaches of data protection law which applies to all companies that collect and process data belonging to the European Union (EU) citizens.

The cyber incident that was targeted to Marriott caused around 30 million related to residents records of 31 countries in the European Economic Area (EEA). Seven million records related to UK residents.

Marriott learned hackers exploit the vulnerability and gained unauthorized access to the Starwood network since 2014, they copied, encrypted information and taken steps to remove it. Marriott International acquired Starwood Hotels & Resorts in the mid-2016.

The investigation done by the Information Commissioner’s Office (ICO) found that  Marriott failed to undertake sufficient security measures when it bought Starwood.

According to Information Commissioner Elizabeth Denham said, “The GDPR makes it clear that must be accountable for the personal data they hold. This can include carrying out proper due diligence when making a corporate acquisition, and putting in place proper accountability measures to assess not only what personal data has been acquired, but also how it is protected.”

Also, ICO warns “personal data is highly valuable and the companies ensure the security to their customers, if its failed, we will not hesitate to take strong action when necessary to protect the rights of the public.”

ICO has investigated this case with the lead supervisory authority on behalf of other EU Member State data protection authorities.

Marriott has completely cooperated with ICO and made adequate security changes soon after they learned this security incident.