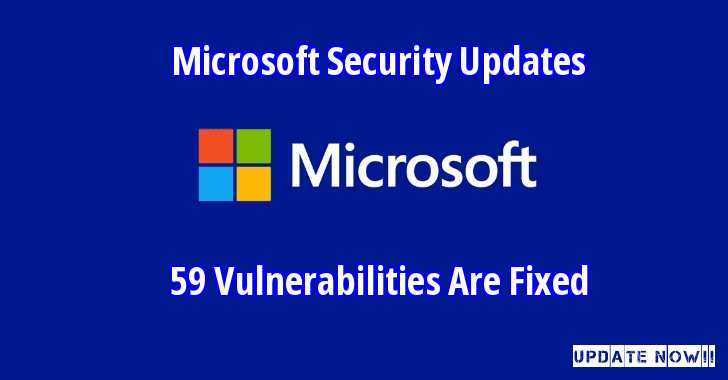 Out of 59 vulnerabilities, 9 marked as “Critical” severity mainly affected the MS office and rest of the vulnerabilities categorized under “Important” and “Moderate” severity.

In the “important” severity category, Microsoft patched 20 vulnerabilities that allow attackers to perform elevation of privileges on vulnerable Microsoft products.

In “critical” severity categories, Microsoft fixed a Remote Desktop Client Remote Code Execution Vulnerability (CVE-2019-1333) that affected hundreds of millions of Windows computers the same as Bluekeep vulnerability that we have reported in July. unlike infamous Bluekeep, it requires user interaction to exploit the bug.

An attacker who successfully exploited this vulnerability could execute arbitrary code on the computer of the connecting client.

The vulnerability corrupts the memory in the script engine in such a way that an attacker could execute arbitrary code in the context of the current user.

If the user logged the system as an administrator, The attacker who successfully exploited the vulnerability could take control of an affected system.

In this Microsoft Patch Tuesday update, Another 2 ( CVE-2019-1327, CVE-2019-1331) Critical remote code execution vulnerabilities are fixed that affected Microsoft Excel, which allows an attacker to execute the arbitrary code in the context of the current user to perform a denial of service.

The vulnerability existing the Microsoft Excel software due to improperly handle objects in memory and the successful exploit allows an attacker to install programs; view, change, or delete data; or create new accounts with full user rights.

It could be achieved by attackers through trick user open a specially crafted file with an affected version of Microsoft Excel.

The RCE vulnerability affected the Azure App service because Azure Stack fails to check the length of a buffer prior to copying memory to it.

Unlike previous Patch Tuesday update that released in September and August, There is no zero-day vulnerability fixed, and no active exploit have seen in the wide in this October Tuesday update.

You can refer the complete patch details for the full list of vulnerabilities resolved, advisories, in the August 2019 Patch here.