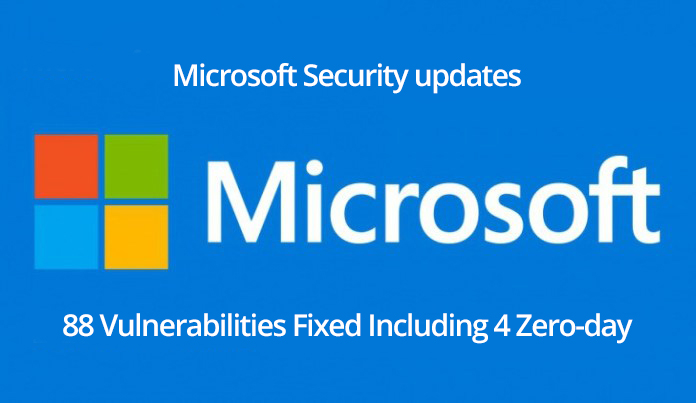 Microsoft released a new security update for June 2016 under patch Tuesday that fixes of 88 vulnerabilities including that affected different Microsoft products.

In this June update, Microsoft fixed the vulnerabilities that affected the following software,

Microsoft also fixed 4 previous unknown zero-day vulnerabilities that leaked by SandboxEscaper, but none of those vulnerabilities contains neither active exploits nor incorporate the malware.

SandboxEscaper posted all the vulnerability details with PoC Exploits in her GitHub over a month, at this moment, out of five, four zero-day bugs are fixed and the remaining one isn’t ready yet since it leaked very recently.

The Advisory including the Bluetooth Low Energy vulnerability that was disclosed in May. “Due to a misconfiguration in the Bluetooth pairing protocols, it is possible for an attacker who is physically close to a user at the moment he/she uses the security key to communicate with the security key.”

Google and Feitian have issued advisories for customers of these keys and Google issued CVE-2019-2102 for this vulnerability.

You can refer the complete patch details for the full list of vulnerabilities resolved, advisories, in the June 2019 Patch here.