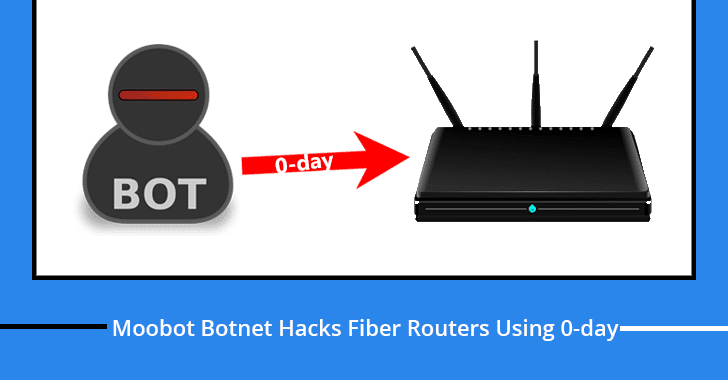 There is a total of 9 vendors are affected by the same vulnerability, it is likely most of the vendors are OEM products of the same original vendor.

360’s Netlab Researchersseen the trend of 0-day vulnerabilities of IoT devices exploited to spread the multiple botnets in the past 30 days.

LILIN DVR 0-day vulnerabilities to spread Chalubo, FBot, and Moobotbotnets.On February 13, 2020, the vendor fixed the vulnerability and released the latest firmware program 2.0b60_20200207.

DrayTek Vigorenterprise routers and switch devices affected with pair of 0-day vulnerability. On February 10, 2020, the manufacturer DrayTek issued a security bulletin, which fixed the vulnerability and released the latest firmware program 1.5.1.

Moobot is a new botnet family based on Mirai. Except for Moobot botnet, other botnets such as Fbot botnet and Gafgyt botnets were failed to spread in fiber routers as it requires two steps for successful exploitation.

The first step involves another vulnerability and second utilizing the PoC available in Exploit db. Researchers did not disclose the first part of vulnerability publically.

Details: The function form Ping() in the Web server program /bin/boa, When it processes the post request from /boaform/admin/forming, it did not check the target_addr parameters before calling the system ping commands, thereby a command injection becomes possible.

Recommended general best practices for IoT users to check and update their device firmware promptly, and check whether there are default accounts that should be disabled.