A new family of Android RAT spotted in wild abusing the Telegram protocol for command & control and data exfiltration.

The malware runs on all Android versions and it has not been into the play store, security researchers from ESET identified the new malware family and they appear to be spreading from August 2017 and its source code was made available free in Telegram hacking channels last March 2018.

Once the app installed it uses social engineering methods to attain device administrator details and once the installation completed it shows a fake small popup “claiming the app can’t run on the device and will, therefore, be uninstalled.” 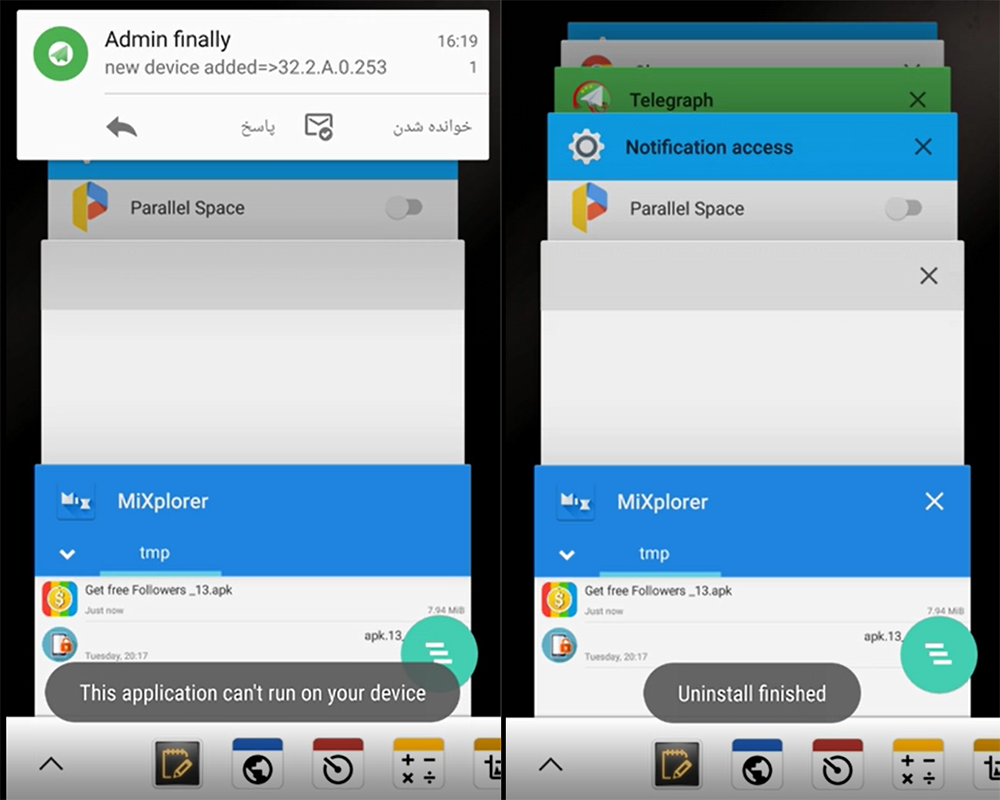 But with the fake uninstallation only removes the icon not the app and new victim device registered in attackers server.

It has been developed using Xamarin framework and the malware contains clickable interface in Telegram bot interface, where attackers can control the victim devices by just tapping the button. 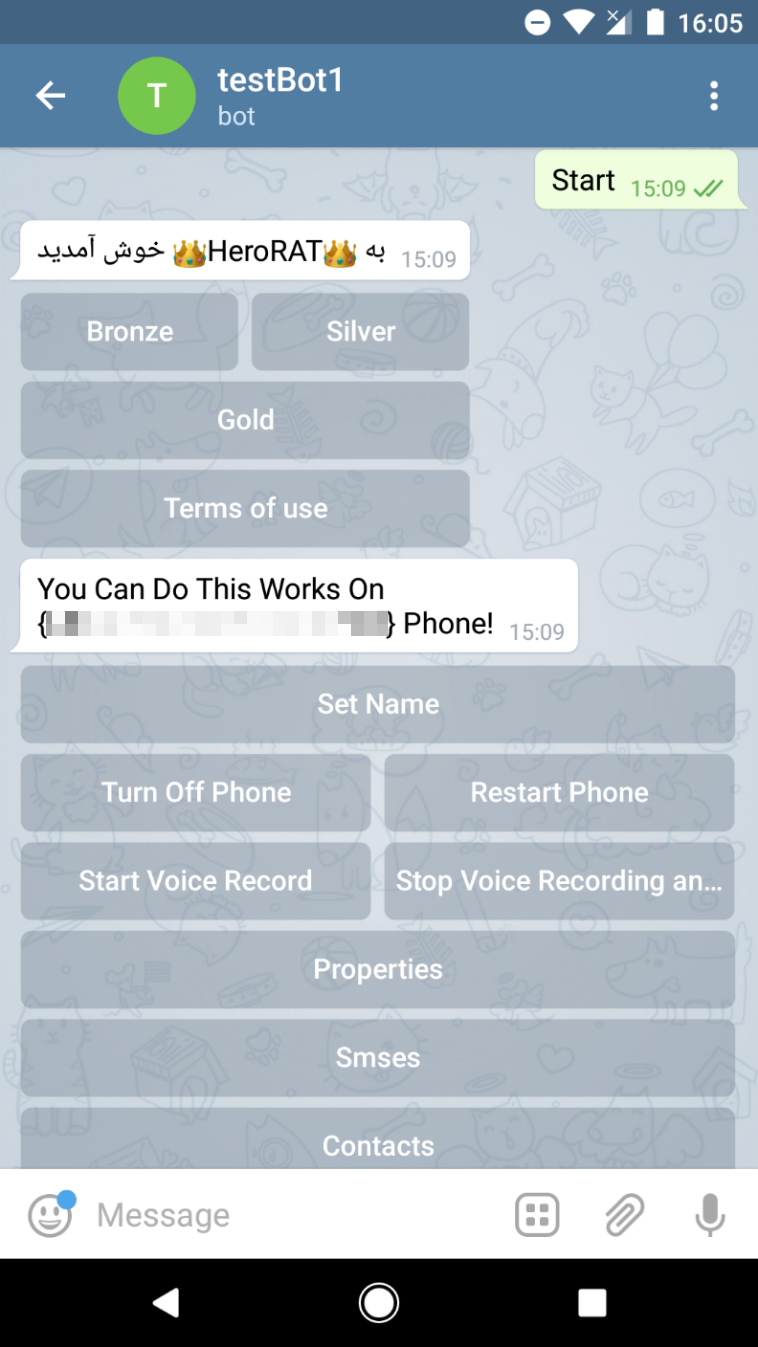 The communication between the C&C and the data exfiltrated are transferred through telegram protocol to avoid traffic detection.